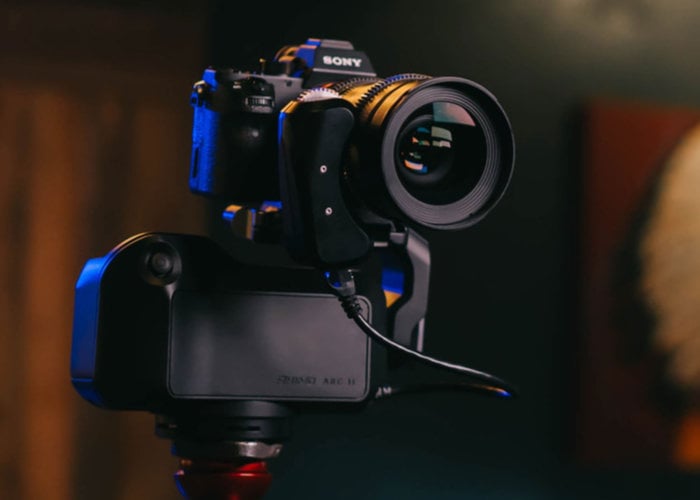 A new camera controller and robotic camera assistant has been created by serial Kickstarter entrepreneur and photographer Kyle Hart. The Rhino Arc II offers photographers a four axis robotic camera assistance allowing you to replace your fluid head with a motorised head that is capable of holding camera up to 15lbs in weight. Watch the demonstration video below to learn more.

The Rhino Arc II as this week launched via Kickstarter and already raised over $120,000 thanks to over 100 backers. Pledges start from $960 or roughly £747 and worldwide shipping is expected to take place sometime around May 2019. Features of the Rhino Arc II camera control system include :

“Along with Rhino Arc II, we’re introducing an updated Rhino Slider. It still comes in both Carbon (carbon fiber rails) and Pro (stainless steel) models but has been updated to carry heavier loads and operate vertically. We also changed the way it mounts to tripods. We hate setting up gear. That’s why we make it quick and easy so we can spend more time filming. The new Tripod Quick Mount system lets you mount your slider from above so you don’t have to spin your tripod onto the bottom of it. Better yet, we added two more of these Tripod Quick Mounts to the ends of our 42″ Carbon and Pro sliders. This makes setting up a Rhino Slider on two tripods infinitely quicker. “