Who says computers have to be square? a company called Revo Round doesn’t seem to think so, as they have shown off the Roundtop, which is a notebook PC.

As you can see from the picture below, gone are the sqaure edges in favour of a round design, with a round case and a round screen as well as a curved keyboard. 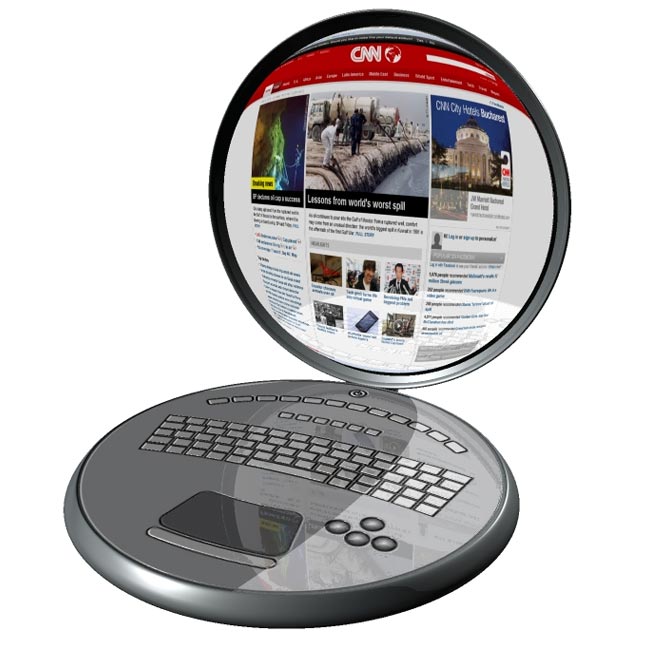 It is just a concept model at the moment, but you never know, Revo Round may find a market for it and start putting it into production, maybe one day we will all be using round notebooks, and driving around in cars with square wheels.