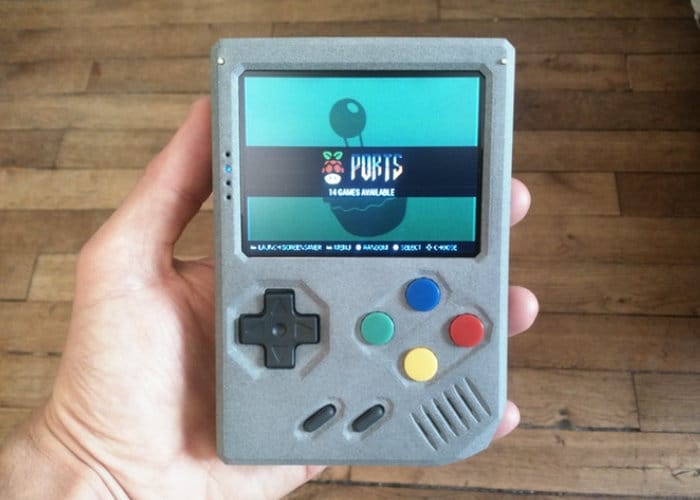 The small RetroStone system is powered by a H3 processor which consists of 4 cores at 1.2GHz supported by 1GB of DDR RAM. Retrostone is compatible with Retrorangepi the Retropie distribution specially created for H3 boards. As you may already know Retropie is an awesome emulation station software. Offering a wide variety of emulators for consoles including the Gameboy, Gameboy Color, Gameboy Advance, Super Nintendo, Megadrive/Genesis, Atari, MaMe and more. On the rear of the RetroStone case four extra buttons will be added in a layout voted for by Kickstarter backers.

For full specifications and a list of all available pledges jump over to the official Kickstarter campaign page by following the link below. The Basic RetroStone handheld games console will be supplied with 8GB SD card allowing you to access hundreds of games. Although if you share the RetroStone kickstarter on facebook you can upgrade to a 16GB SD card for free.