If you have been patiently waiting for the launch of the new Retron 5 games console and hoped that you would have your hands on it before the end of this year and in the holiday season. You might be a little disappointed to learn that the Retron 5 release date of the console has now been pushed back into early 2014.

The Hyperkin Retron 5 has been designed to support games from the NES, Famicom, Super NES and Famicom, Sega Master System, Genesis and Mega Drive, and Game Boy original, Colour and Advance all in one console. 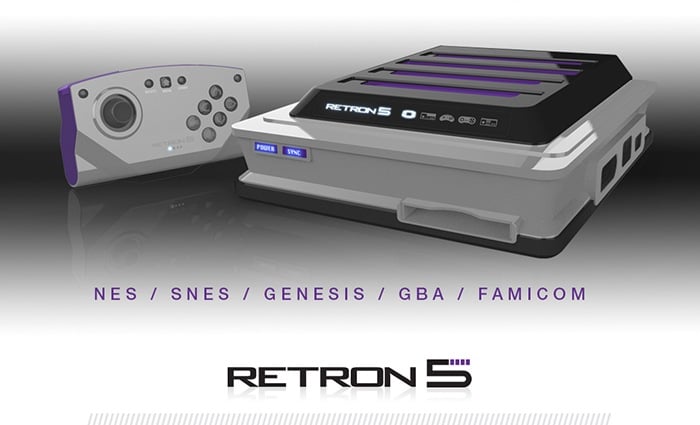 The reason the Retron 5 games console has been pushed back to a new launch date in the area part of 2014 is due to the discovery of faulty connectors within the production and manufacture of the console. Which allowed me to be rectified before the company can start shipping the innovative and very unique console.

“RetroN 5 will be the most amazing classic game console.”-”We thank everyone who has been patient and supportive of Hyperkin during development. The RetroN 5 will have 5 cartridge slots allowing you to use original NES, SNES, Genesis, Famicom, and Game Boy Advance cartridges. You will also be able to use Super Famicom, Mega Drive, Game Boy Color and Game Boy cartridges as well.

For more information on the new Hyperkin Retron 5 console jump over to the Hyperkin website for details.