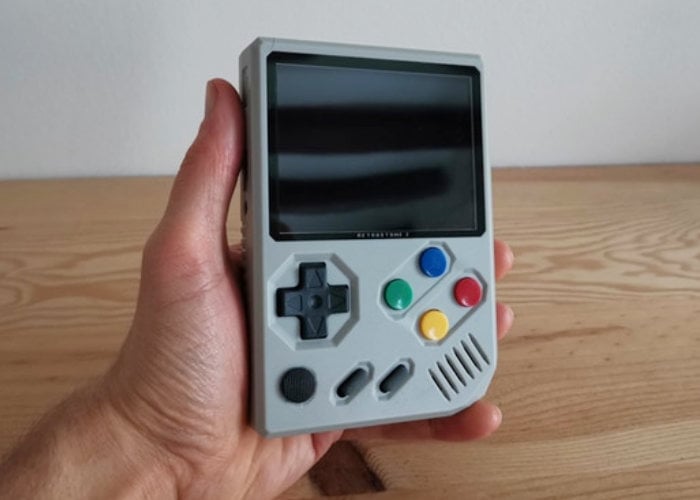 Maker and designer of the RetroStone 2 retro handheld games console Pierre-Louis Boyer, has taken to Kickstarter once again to launch a project to integrate a joystick directly into the front of the handheld casing but requires a new mould to accomplish the alteration. Check out the video below to learn more.

“Hey guys !! Lot of you asked for the joystick to be implemented directly at factory on RetroStone2 and I heard your call! In order to make it possible we need to make another injection mold for the front case. So this Kickstarter is all about funding this mold. The analog joystick driver has been setup, and tested. And it works great! And even though I was initially skeptical, the position is actually pretty comfortable to use. You have two possibilities :

– Take a whole RetroStone2 Pro Joystick Edition.
– Upgrade your RetroStone2 pledge/website pre-order by taking the 15€ upgrade. We will assemble your current pledge/pre-order with joystick.

Note if you take this you have to tell us to hold your current order/pledge (if you have not filled the survey I sent before on Kickstarter). To do so you have to open a ticket on the website www.8bcraft.com with your Kickstarter backer number or website order number. Also please note that Joystick version should ship end of January/early February. “