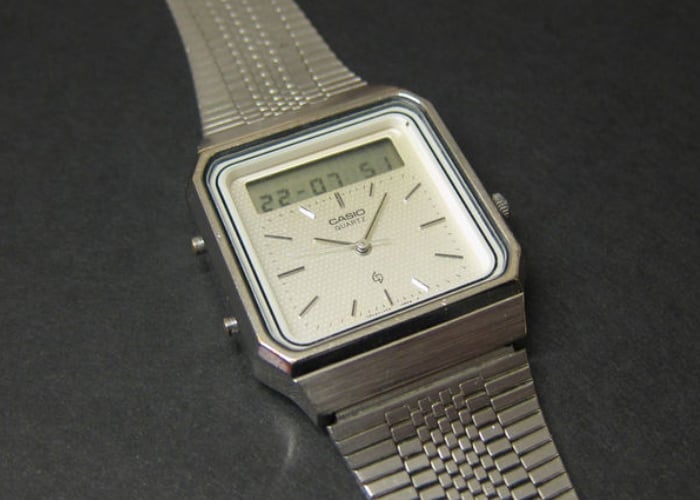 Today we all take touchscreen technology for granted as it is used in such a wide variety of different devices. However way back before even the Internet took hold of our lives, Casio created a touchscreen calculator watch in the form of the Casio AT-550, which is listed on eBay and over £700 from some sellers.This

Check out the demonstration video below to learn more about the unique and retro Casio touchscreen calculator watch which is now a rarity and offers a look at vintage watches created over 30 years ago. Taking pride of place as the first true touchscreen march ever produced.

“Casio’s AT-550 (and its variants, the AT-551 and AT-552) used the [320] module and were incredibly technologically advanced for their time (I know I say this a lot, but you have to remember that this was 1984 and it would be a good 10 years before similar technology appeared in Palm devices – and maybe even SMART devices today!) This time the entire touchscreen could be used to ‘write’ the number or calculator function and the watch would recognise what had been written by the user’s fingertip and perform the calculation. If reading that doesn’t blow you away, it should. Again, this was 1984 — Apple had just released the first MacIntosh!.”

For more details on the Casio AT-550 Touchscreen Calculator jump over to the Liquid Crystal website by following the link below.