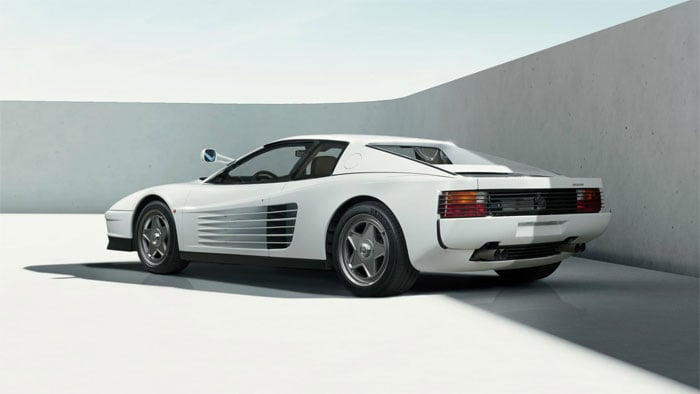 When it comes to restoring Ferrari vehicles, most people are purists. They want the car restored to exactly as it was from the factory. However, there are some out there that like to take an aging Ferrari and restore it with new features and equipment not available in the ’80s. A perfect example is this restomod Ferrari Testarossa from Officine Fioravanti.

One of the first things the restoration did was take the 4.9-liter flat-12 engine and pump up its meager 385 horsepower factory output to 503 horsepower. The engine was also revised internally, allowing it to rev to 9000 RPM while pushing the top speed to 201 mph.

The restoration also added a valve-controlled Inconel exhaust system allowing the driver to control the noise. The Ferrari was also fitted with electronically adjustable dampers from Ohlins, a nose-lift system, Brembo brakes with ABS, and a 12-stage traction control system. It’s also 130 kilograms lighter than the original. Pricing is a mystery, but you can bet it’s extremely expensive.