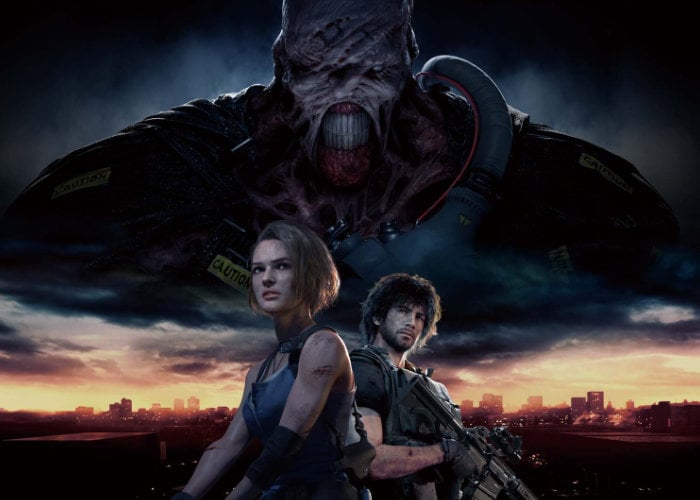 Resident Evil fans patiently waiting for the arrival of the recently confirmed Resident Evil 3 remake by Capcom, launching on the Xbox One, PlayStation 4, and Steam next year on April 3rd, 2020. Sure to enjoy this three-minute teaser trailer to accompany the announcement made earlier this week. Experience Jill Valentine’s encounter with the unrelenting Nemesis in this survival-horror classic remade from the ground up.

The Resident Evil 3 remake will also includes Resident Evil Resistance, a new 1 vs 4 asymmetrical online multiplayer game set in the Resident Evil universe. Allowing players to cooperate as one of four Survivors or as a twisted Mastermind attempting to stop them at every turn.

“Resident Evil 3 is a remake of the 1999 game Resident Evil 3: Nemesis, which released for the PlayStation. Unlike the original, which uses tank controls and fixed camera angles, the remake features “over-the-shoulder” third-person shooter gameplay similar to the 2019 Resident Evil 2 remake. Resident Evil 3 is set in September 1998, taking place during the events of Resident Evil 2. It follows former S.T.A.R.S officer Jill Valentine as she attempts to escape Raccoon City during a zombie apocalypse caused by a viral outbreak. Jill also has to content with an intelligent bioweapon known as Nemesis that attempts to hunt her and other S.T.A.R.S members.”