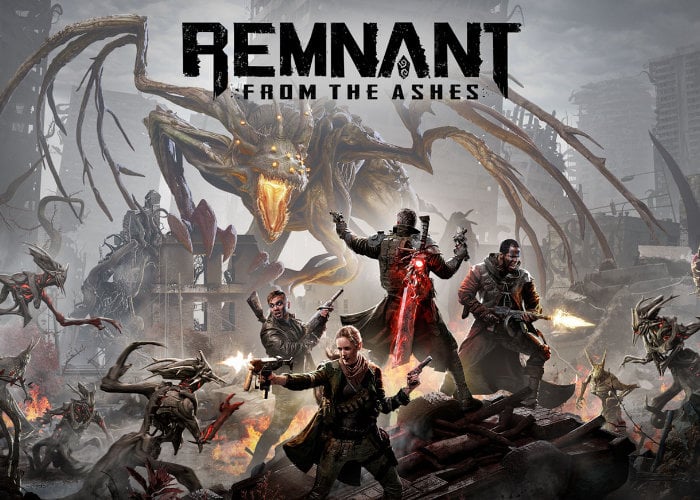 “As one of the last remnants of humanity, you’ll set out alone or alongside up to two other survivors to face down hordes of deadly enemies and epic bosses, and try to retake what was lost.” Check out the official launch trailer below to remind yourself of what you can expect from the core game which launched during August 2019.

“On September 12, “Adventure Mode” will bring a new layer of exploration to Remnant: From the Ashes, by allowing players to ”re-roll” the following biomes: Ruined Earth, Rhom and Yaesha without having to play all the way through the main campaign. Players and their teammates can activate the mode from the World Stone in Ward 13 and select to roll one of these dynamically generated biomes, then continue to explore dungeons,encounter new enemies, or fight their favorite (or toughest!) world bosses. In addition to giving players a chance to uncover all of the game’s secrets, all of their progress and items obtained in Adventure Mode stay with their character, so they can keep rolling in order to obtain all of the many weapons, armors, mods, and other items the game has to offer.

On September 19, “Leto’s Lab” will drop and take players on a quest through Research Station Alpha, where they will be challenged by light puzzles mixed with intense combat, including a new boss fight. Once dynamically spawned in Ruined Earth, this unique dungeon will shed more light on the game’s intricate backstory and its enigmatic red crystals, a.k.a. World Stones.”

Both Adventure Mode and Leto’s Lab are completely free and will appear as part of an automatic update to the game.

Features of Remnant From the Ashes include :

– As one of the last remnants of humanity, you’ll set out alone or alongside up to two other players to face down hordes of deadly enemies. With over 100 varieties of enemies, 20 epic bosses, and endless possible combat scenarios, it’s going to take everything you’ve got to make it out alive.

– Explore dynamically-generated worlds that change each time you play through them, creating new maps, enemy encounters, quest opportunities, and in-world events. Each of the game’s four unique worlds is filled with monstrous denizens and environments that will provide fresh challenges with each playthrough. Adapt and explore… or die trying.​
​
– Overcome tough-as-nails enemies and epic bosses throughout hostile environments to earn experience, valuable loot and upgrade materials you can use to build a wicked arsenal of weapons, armor, and modifications to approach each encounter dozens of unique ways.​

– Invading other worlds to seek an end to the Root is dangerous and survival is far from guaranteed. Team up with up to two other players to increase your chances of survival. Teamwork is necessary to make it through the game’s toughest challenges… and unlock its greatest rewards.​