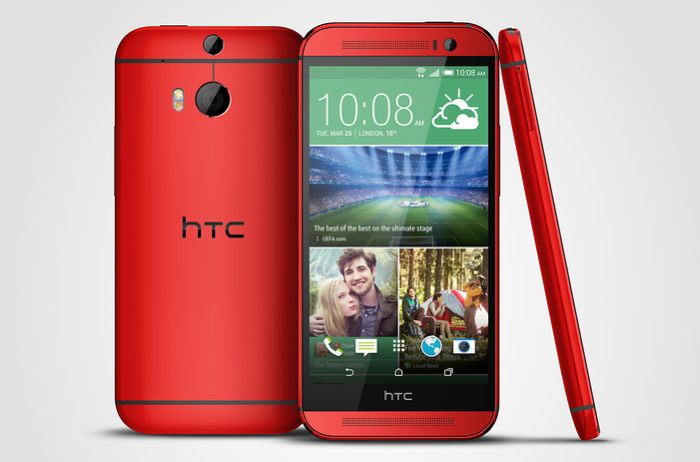 UK mobile carrier O2 has announced that they will be offering the Red HTC One M8 on their network from August, the red, HTC One M8 will be exclusive to the carrier in the UK.

As a reminder the HTC One M8 comes with a quad core 2.3GHz Qualcomm Snapdragon 800 processor and 2GB of RAM, there is a choice of storage between 16GB and 32GB.

Other specifications on the HTC One M8 include a 5 inch full high definition display with a resolution of 1920 x 1080 pixels, the handset also comes with a microSD card slot that can take up to 128GB cards.

The HTC One M8 features front and rear facing cameras, on the front of the handset there is a 5 megapixel camera for video chat, on the back of the device there are dual HTC Ultrapixel cameras, the device also comes with WiFi and Bluetooth.

The handset comes with the latest version of HTC’s custom user interface, HTC Sense 6.0, plus Android 4.4 KitKat, as yet there are no details on how much the red HTC One M8 will cost when it launches on O2 on the 4th of August.