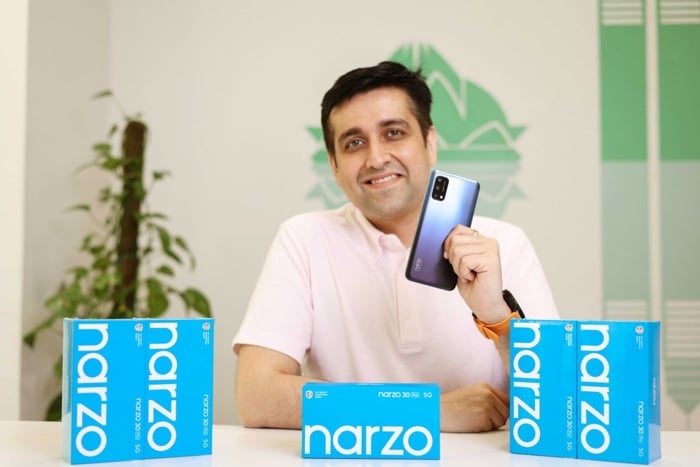 The photo of the Realme Narzo 30 Pro was posted on Twitter by the companies CEO for India and Europe.

Glad to announce a new program named #MadhavsTechSquad, where #realmeCommunity members will get a chance to review our upcoming offerings, before we launch it to the masses.

Kicking off the program off with 5 #realmeFans for the upcoming #Narzobyrealme Launch. Stay tuned! pic.twitter.com/9IRJnvLgCR

The handset is rumored to come with a MediaTek Dimensity 800U processor and a 120Hz display, we will have full details on the device and the other handset when they are made official later this week.