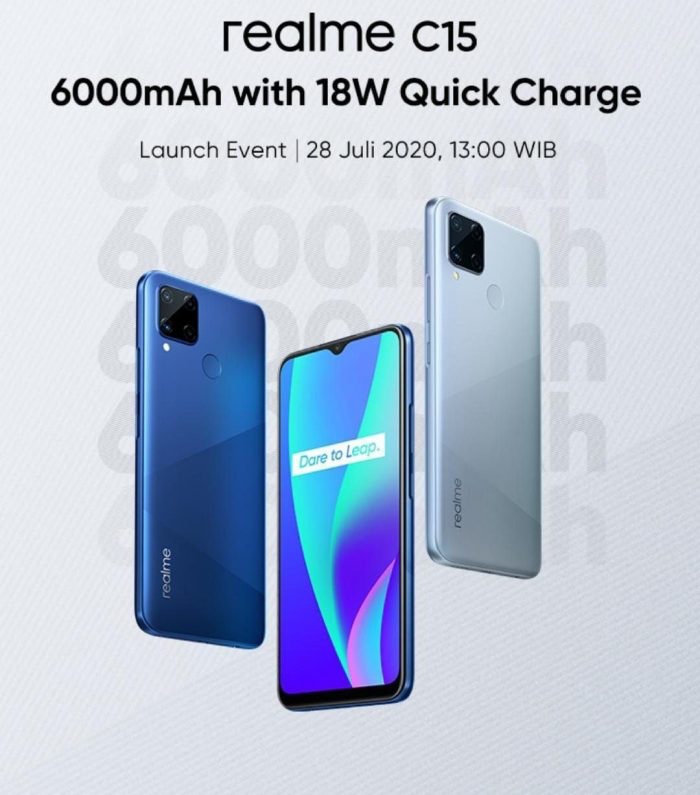 Realme has announced that they will be launching a new smartphone on the 28th of July, the Realme C15 and they also revealed some of the details about the device.

The Realme C15 will feature a 6000 mAh battery and it will come with 18W Quick Charge, the photo above shows the handset.

It looks like there will be a single Selfie camera on the front of the handset and four cameras on the back of the device.

From the photo would appear that it will be available in a choice of two colors blue and white, those are the only details we know about the device so far.