Within the P0rtal series of games created by Valve you can have some real fun moving items around and creating entrance and exits portals to jump through within the game.

But using a real P0rtal gun in real-life is sometimes not such a great idea.Watch the video after the jump to see how things can quickly going wrong, using a Portal gun with friends in your house. 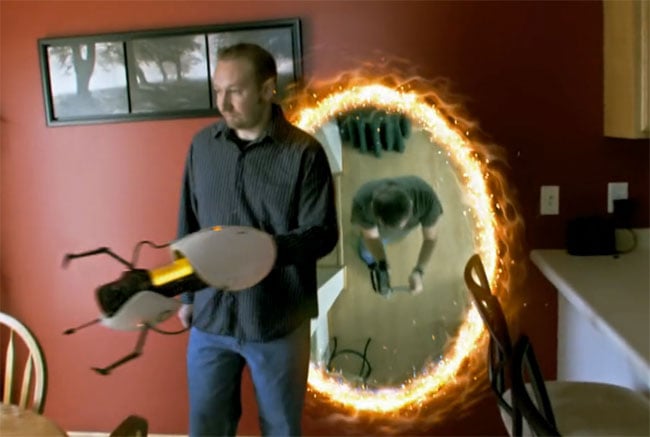 The great video has been created by Jason Craft, who explains:

“My interpretation of what a real POrtal gun would be like if one existed. Based on the video game, POrtal. I tried to match the game as close as possible. This was the most challenging project I have ever undertaken, consisting of 3D tracking, seamless camera cuts and 3D camera projection. This started out as an experiment since I didn’t think I could even pull it off, if I knew it would’ve turned out as good as it did I would’ve put more of a story behind it. O well, it makes up for in Visual Effects, ENJOY!”