Razer has released a new promotional trailer reminding gamers that PC gaming is not dead, in the build up to an announcement Razer will be making on the 26th August 2011. The video is a little cryptic and doesn’t reveal much about Razer’s impending announcement.  But reaffirms to us that with over 300,000,000 PC gamers worldwide PC gaming is far from dead, as some thought would happen when gaming consoles first landed. Watch the brief video after the jump. 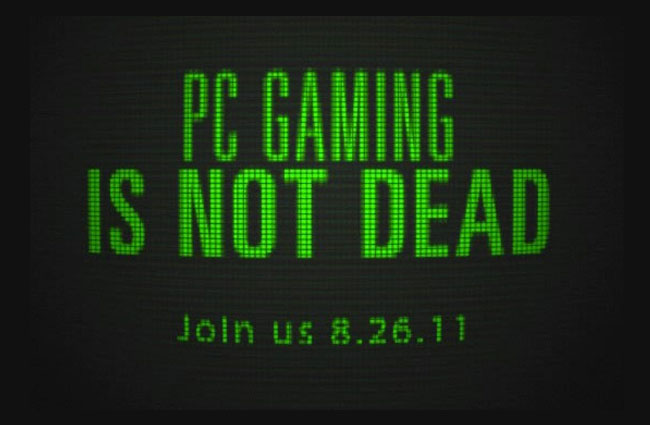 More information will be published over on the PC Gaming is not Dead website, when Razer unveils it announcement on the 26th August. Which could be for the Razer Switchblade. As always we will keep you posted.