If you enjoy squeezing every last drop of performance from your gaming system, you might be interested to learn that Razer has created a piece of software called Razer Game Booster, which has designed to do just that.

Razer Game Booster is still a little way from being officially released but today Razer has announced the software has entered closed beta testing. Watch the video after the jump to learn more about the Razer Game Booster project and see it in action. 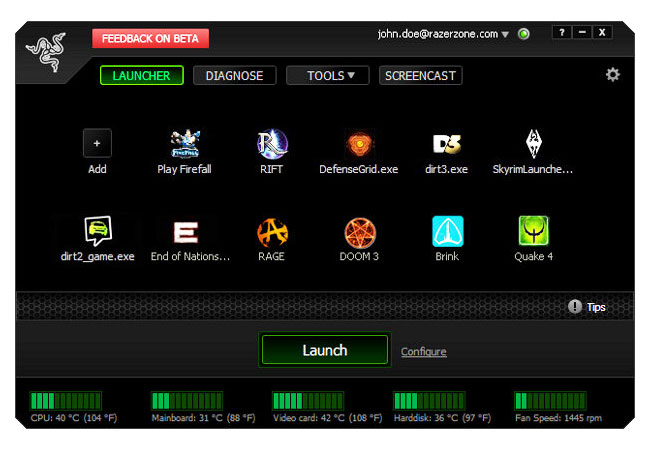 Game Mode :Focus in on your game by temporarily shutting down unnecessary functions and applications, concentrating all of your resources purely on gaming. Applications shut down prior to gaming are restored when user exits the game.

Calibrate Mode :Simplify the process of setting up your PC’s performance by conveniently providing you with the option to tweak, defrag, or update any outdated drivers.

Share Mode : A bonus feature where you can show off your skills, create tutorials, and more, with the ability to record real-time audio/video and capture screenshots.

If you fancy taking part in the closed Razer Game Boost beta testing jump over to the Razer website to register your interest.