Razer has unveiled a new Battlefield 3 branded custom gaming headset this week, which has been added to its Collector’s Edition gaming peripherals.

The new Razer BlackShark Battlefield 3 gaming headset has been inspired by tactical aviator headsets and has been designed to provide users with extreme comfort for long, extended gaming sessions and provides top-notch sound isolation, says Razer. 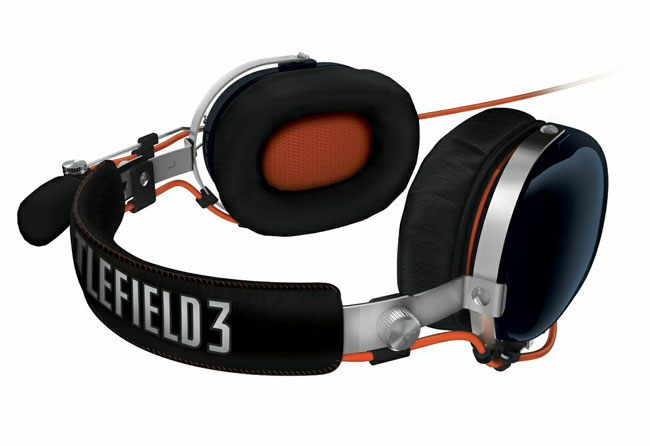 The Razer BlackShark Battlefield 3 headset is fitted with 40mm neodymium magnet stereo drivers, a detachable boom microphone, and will be arriving in stores during July for around $130. Robert ‘RazerGuy’ Krakoff, president of Razer USA explains a little more about the new Razer BlackShark gaming headset.

“The Razer BlackShark is a PC gaming headset with crisp audio and booming bass that is built for a highly intense shooter like Battlefield 3,”-“It lets you hear the gunfire, the explosions and the thunderous roar of the jets, as if you were in the heat of the battle. Designed based on headsets sported by real attack helicopter pilots, no serious soldiers on the frontlines of Battlefield 3 should be without their Razer BlackShark.”