At least it has only got arms for now. Wait until it packs a couple of lasers. Humanity watch out! Holding back our inner survivalist nut for a moment, seen below is a wonderful step forward in robotic exoskeleton technology. That means relax, it’s not going to turn on its master/s until the singularity approaches.  The guy flashing his metallic biceps is none other than Fraser Smith, a vice president at Raytheon-Sarcos. 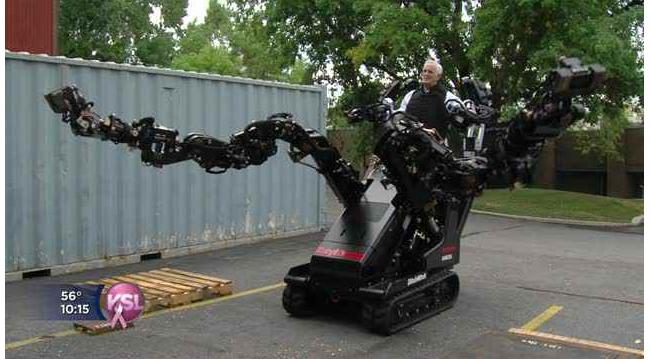 The robot prototype’s sweetest feature is the sensitivity of the two arms. Even though it still doesn’t have a cool name to go by, the Raytheon-Sarcos prototype has a bright future mapped for it.

Future applications for the armed beast involves any type of work that includes heavy lifting. The arms that are secured to a mobile tracked platform reflect the movements applied by the operator, thus giving them an extra finesse absent in a lot of lifting machinery today.

Now for the awesome video: