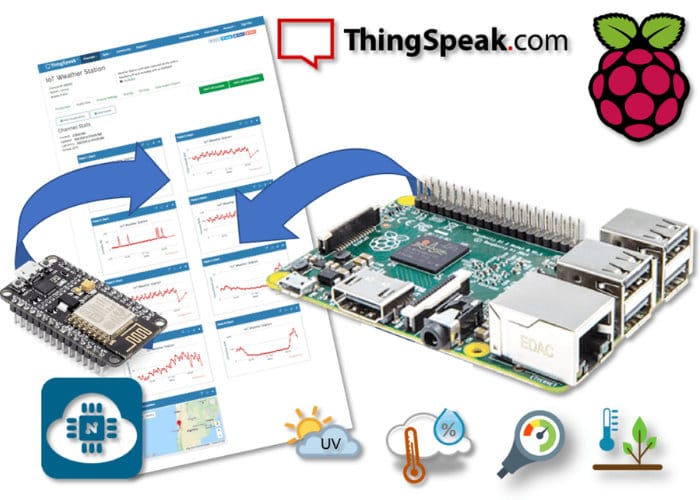 Makers, hobbyists and Raspberry Pi enthusiasts that are interested in building their very own Raspberry Pi weather station complete with Internet of things connectivity, may be interested in a new project published by MJRoBot to the Hackster.io website over the weekend.

Classed as an intermediate project to build full instructions are provided and it is estimated that the project will take approximately 8 hours to complete from start to finish. Using a Raspberry Pi and ESP8266 the Raspberry Pi IoT weather station is capable of capturing local and remote data and logging its recordings using an IoT platform.

“On previous tutorials, we have been playing with NodeMCU, sensors and learning how to capture and log data on ThingSpeak. An Internet of Things (IoT) platform that lets you collect and store sensor data in the cloud and develop IoT applications. With this new tutorial, we will learn how to do the same but on this time, using a Raspberry Pi to capture data from several different sensors and also exploring different ways of communicating between devices and the web”

More details and full instructions on how to build your very own cloud linked Raspberry Pi weather station jump over to the Hackster.io website by following the link below. If you enjoy building Pi projects you might be interested in our comprehensive list of Raspberry Pi displays, HATS and small screens.