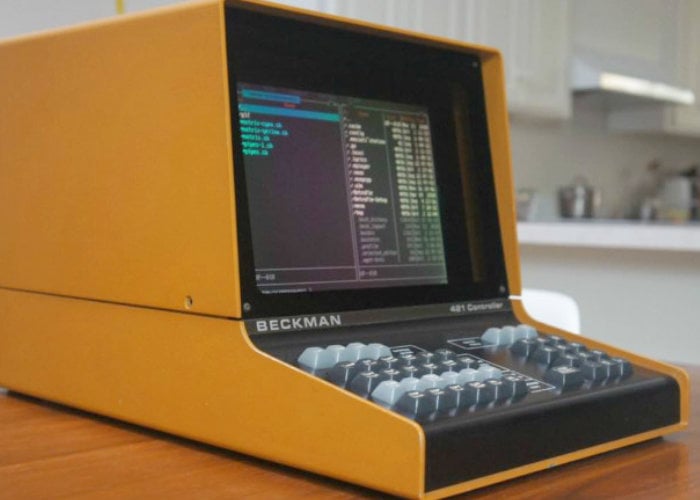 A retro piece of lab equipment from the 1970s in the form of a Beckman Model 421 CRT controller has been repurposed, recycled and re-engineered to provide a fantastic retro Raspberry Pi terminal. Created by Igor Afanasyev the system provides great inspiration for what can be created using old unused hardware.

“This terminal, or ‘controller’, was a part of a chromatography lab equipment. Technically it was a dumb terminal with a 12v power supply, a 12″ CRT display, and a keyboard. It had no logic board, just the keyboard and a display, and a proprietary connector on the back to feed it the video signal and get keyboard data from. On my unit, the display (or, more likely, its driver board) was dead, so I replaced it with a 10.4″ 640×480 LCD Sharp panel that I salvaged from a digital photo frame. I cut two pieces of blank PCB to act as mounting plates for all the components. “

“I was lucky that the photo frame had a pretty generic driver board with the placeholder for the VGA connector, so after some soldering work, I was able to hook it up to Raspberry Pi B via the HDMI-to-VGA adapter. I also added a VGA scanline generator to get that retro look in both games and console. Everything looks so much better with these scanlines!”

Components used in the building include :

For more photos and full details on the awesome Raspberry Pi project jump over to Igor Afanasyev Imgur portfolio. 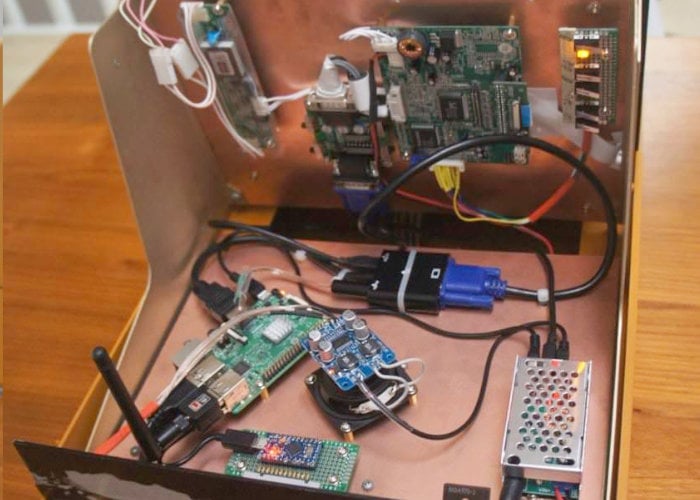