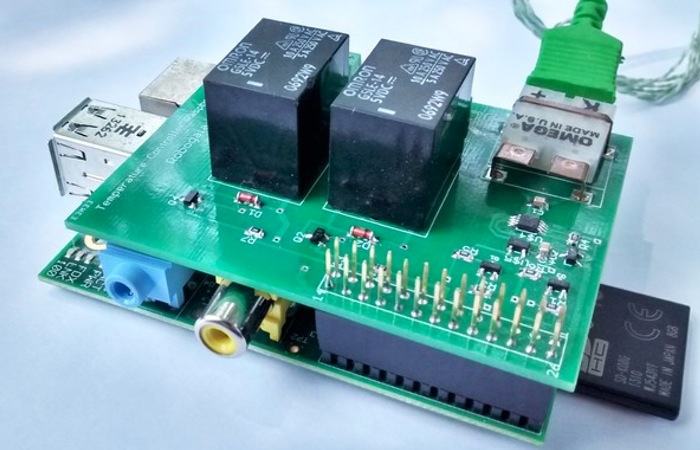 Raspberry Pi hobbyists and developers that enjoy building projects using the awesome $35 mini PC. Might be interested in a new Raspberry Pi Temperature Controller that as the name suggests has been designed to enable programmers to control and log temperature.

The Raspberry Pi Temperature Controller connects to a K type probe, and has 2 control relays and has been designed by Robogaia Industries.

The new development plate add-on has been designed to sits on top of the Raspberry Pi mini PC and is connected and powered via the extension port on the device.

The Raspberry Pi Temperature Controller comes supplied with an installation script as well as some basic scripts that will enable users to get up and running straight away with some basic functionality.

“This is a board (plate in Raspberry Pi language) that allows reading the temperature through a thermocouple sensor and controlling 2 external loads such as fans , peltier coolers or others. The board can read temperatures form 0 to 400 degrees Celsius (32 to 752 degrees Fahrenheit) .”

The Raspberry Pi Temperature Controller project is currently over on the Kickstarter crowd funding website and is priced at $49 for a completely assembled board and K type thermocouple.

So if you have any projects that might require temperature control the new Raspberry Pi add-on might be worth more investigation. Jump over to the Kickstarter website for more details, video and photographs. 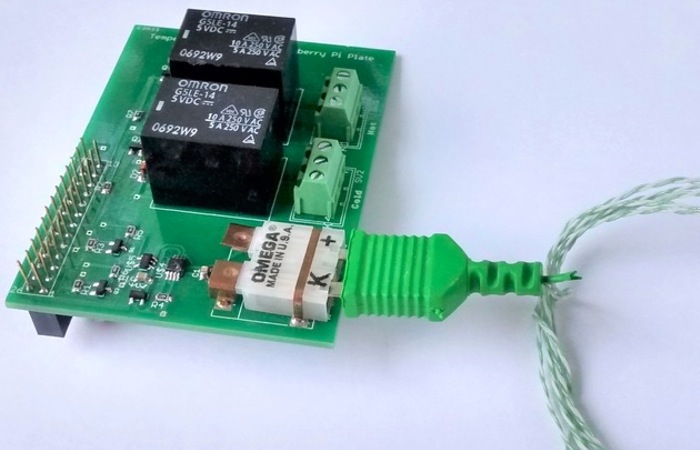