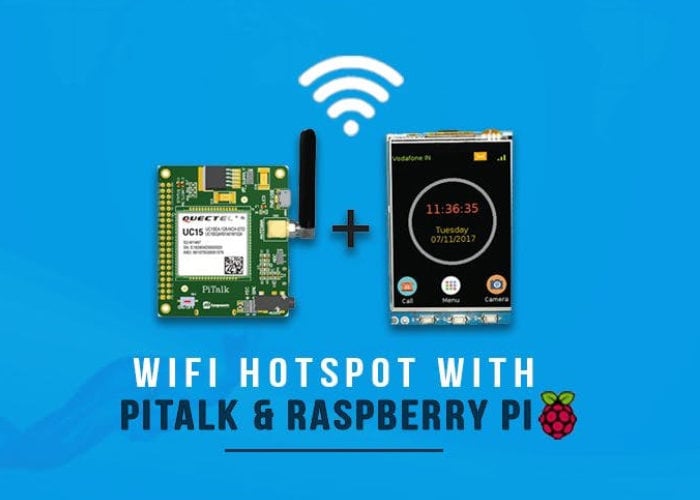 Rasberry Pi enthusiasts interested in setting up a hotspot using their mini PC may be interested in a new project published to the Hackster.io website by SB Components. the project uses the PiTalk HAT, a modular smartphone HAT for the Raspberry Pi mini PC and is compatible with Raspberry Pi 4, 3, 2 and Zero available to purchase for £53 for the shield only or with a selection of LCD screens ranging in size from 3.2 to 5 inches. PiTalk comes packed with a 3G module for blazing fast voice and data communication say its creators.

– First ever modular and IoT enabled smartphone to be developed on the Raspberry Pi.
– Compatible with Raspberry Pi 4, 3, 2 and Zero.
– PiTalk comes packed with a 3G module for blazing fast voice and data communication
– PiTalk GUI developed with 3.2″, 4″ and 5″ LCD screens
– Develop your own Apps for PiTalk in Python
– PiTalk Apps and library is written in Python
– Audio Support for voice calls
– Control your applications by just sending SMS or making Calls
– Create WiFi Hotspot using PiTalk and Raspberry Pi for accessing 3G Data
– Take Pictures using PiTalk and Raspberry Pi Camera by just sending SMS. Endless possibilities with PiTalk

“You will learn how to integrate PiTalk (Raspberry Pi 3G Module) with Raspberry Pi’ WiFi to make your personal Internet hotspot. It can be used as a router to connect to the internet and also host a local area network.” 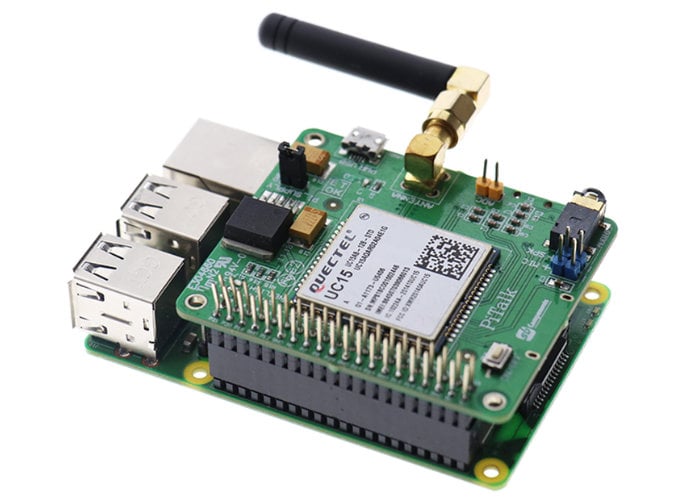 PiTalk is based on Quectel UC15 3G Module offering a download speed of 3.6Mbps and Upload speed is 384Kbps other features include 3.5mm Audio Jack and Mic / Speaker supports, connection to a Raspberry Pi via GPIO or USB cable and more.