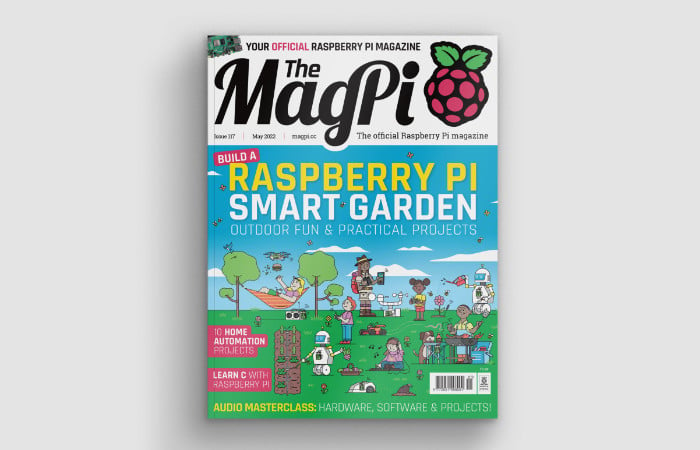 Makers and Raspberry Pi enthusiasts interested in building their very own high-tech garden might be interested to know that the latest MagPi magazine issue #117 is now available offering you ideas and inspiration on how you can build your own smart garden.

“How does our garden grow? With tech and sensors and Raspberry Pi, of course. In this month’s magazine we take our Raspberry Pi outside and build a smart garden. Plus! PJ has also built an incredible high-end home audio system and we’ve got a super range of project showcases.

Spring has well and truly sprung, so it’s time to head outside and make the most of the sunshine. That doesn’t mean we have to leave our electronic toys behind though. We’re going to automate our garden, with low-cost watering systems and robot mowers. Power up your patio with smart BBQs, and internet weather stations and have endless fun in the garden with RC cars, sound systems and drones.” “A weed is just a plant in the wrong place, at the wrong time. Fortunately, we can now use technology to automate that process. Open Weed Locator is a project that uses a Raspberry Pi-based AI system to distinguish between valuable crops and unwanted weeds. Researchers at The National Technical University of Athens have developed this incredible Raspberry Pi underwater system that acts as an archaeological surveillance system. “