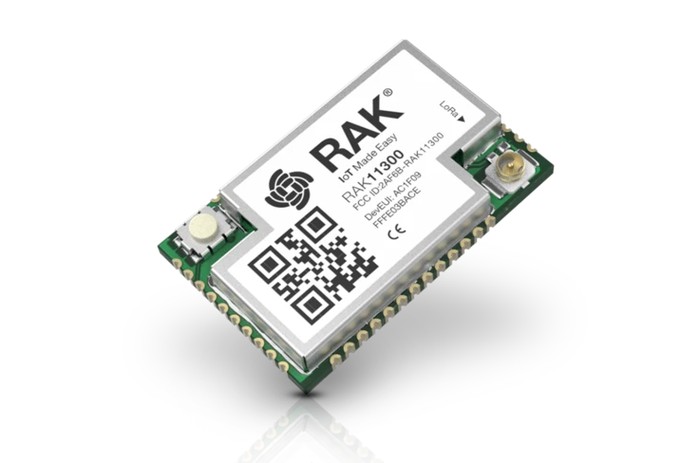 RAKwireless has this month announced it has use the awesome Raspberry Pi RP2040 microcontroller to create its new WisDuo LPWAN LoRa Module and WisBlock Modules. Launched earlier this year the RP2040 is the companies first in-house silicon to be shipped and features a dual-core Arm Cortex-M0+ processor and 264kB of static RAM. The RAK11300 and the RAK11310 modules are now available from the companies official website and are priced at $6.95 and $9.95 respectively.

“The RAK11300 WisDuo LPWAN module is a WisDuo module that gives you the power of the dual core Raspberry RP2040 MCU running in 133MHz. And of course, we added the SX1262 LoRa transceiver chip to open the world of LoRa and LoRaWAN connectivity to this module.”

“The RAK11300 module then its at the heart of the company’s RAK11310, which pops the surface-mount module onto a carrier board designed for the company’s WisBlock ecosystem as a WisBlock Core. Designed to drop in to the company’s existing WisBlock Base Board, the RAK11310 can be combined with up to four WisBlock sensor modules and one WisBlock IO module — and the company promises that Wi-Fi is easy enough to add by pairing it with a RAK2305 WisBlock communications module.”