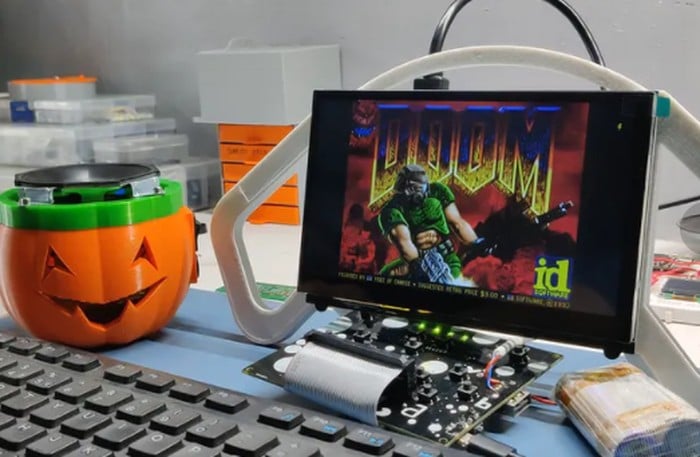 Retro gamers looking to build their very own game station complete with 7 inch IPS display, should check out the new project published to the Hackster.io website by maker Arnov Sharma for inspiration. Aptly named the PALPi Version 2, Big Edition the project builds on previous designs and has been classed as an intermediate skill level build which should take approximately 5 hours to complete. The Raspberry Pi retro game station is powered by a Raspberry Pi 3 model B mini PC and features a custom PCB.

“A few months ago, I made this PALPi setup which was a Rpi Zero-based Retro game emulator which uses Recalbox OS as an emulation system. It was a great project but it had soo many flaws, It uses a Composite PAL display which was small and not exactly great. Also, it had no sound but the main problem was that it wasn’t very powerful as it uses an RPI Zero and sometimes the game freezes or setup turns itself OFF.

I tried adding some cooling setup and even overclocking the RPI Zero but the freezing problem was still there so I removed the RPI zero from the equation entirely. For Preparing the V2 of the PALPi project, I got myself a huge 7 inch IPS display that uses a much better video output method, the mighty HDMI. Also, I used the same setup for this project from the previous one.”

“This Board is based around IP5306 which is a power management IC that boosts a 3.7V Li-ion cell to 5V 2A for Raspberry Pi and Display to work. However this PCB was designed for the BOX shaped game controller project and the one I’m making right now is more like a console so for now I will be using this board but in the next iteration, I will be making a custom board shaped like a console D PADs and ABXY Pads.”