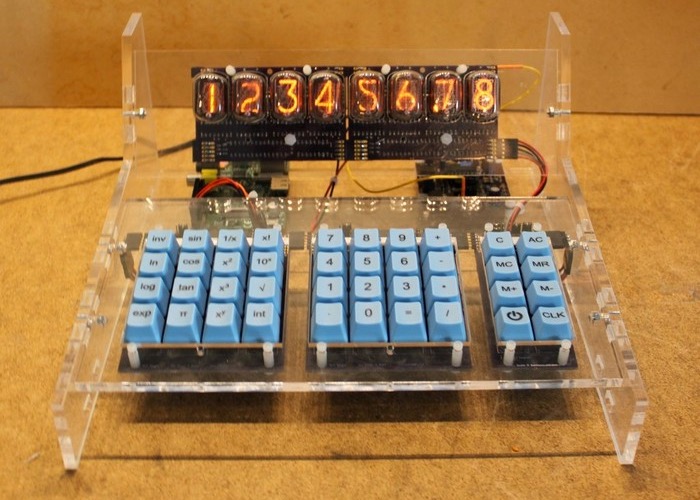 Makers that enjoy building electronics devices especially those that include Nixie Tubes may like to pledge on a new Kickstarter project that has just launched this week that allows you to create a Raspberry Pi powered Nixie Tube Calculator.

The Raspberry Pi powered Nixie Tube calculator has been created by Scott Baker, who is now looking to raise $20,000 in funding to help take his retro-styled calculator into a small production run.

“The Nixie Tube Calculator is a fusion of vintage and modern technology. It’s intended to serve as much as a piece of art as it is to serve as a functional device. The calculator is available in a variety of kit forms, depending on how much existing components you have on hand, as well as a fully assembled version.

I’ve focused on two key concepts: hackability and modularity. Hackability is achieved by using a Raspberry Pi to serve as the ‘brain’ of the clock. The Raspberry Pi is a robust inexpensive single board computer that typically runs the Linux operating system. The calculator software is written in Python and source code will be provided.

Modularity is achieved by separating the project into several subassemblies. There are three keypads and two Nixie Displays modules. An I2C bus connects the keypads and displays, allowing you to easily reconfigure, delete, or add additional modules. The basic design could easily be extended to a 12-digit calculator, or a 4×2 keypad could be swapped with a 4×4 keypad to yield more functions.”