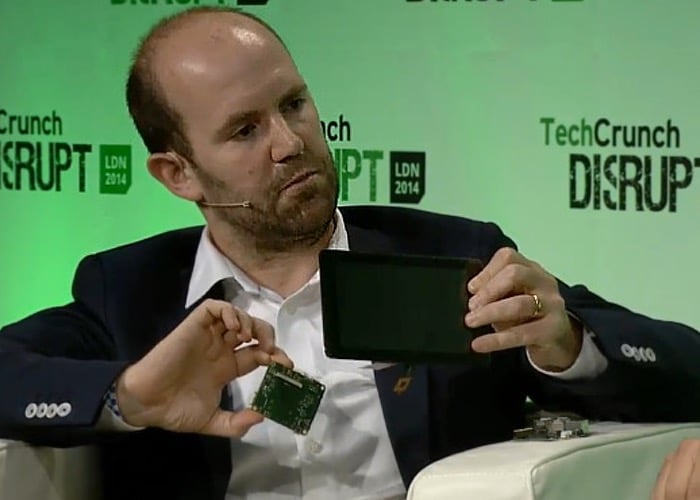 During this weeks TechCrunch Disrupt in London Raspberry Pi founder and creator Eben Upton has been onstage unveiling a new Raspberry Pi touch screen which has been created to help makers, developers and hobbyists create “Pi Pads”.

During an interview with TechCrunch’s John Biggs, Upton unveiled the 7 inch VGA capacitive Raspberry Pi touchscreen panel that has been specifically designed to be combined with a Raspberry Pi mini PC to create a fully functional tablet.

“This is our first display panel that we’re going to be hopefully getting out of the door before the end of the year or early next,” “It’s kind of like a tablet, if you’re prepared to put up with a very thick tablet,”-“What you end up with is a stack with a Raspberry Pi on it. The idea is this gives you something you can embed.”

Upton also announced that the Raspberry Pi Foundation will soon be unveiling a new Raspberry Pi Model A+ single board computer which he described as an “exciting product”. But did not unveiled any of the development boards specifications.

Unfortunately no information on pricing for the new Raspberry Pi touch screen has been released as yet but Upton said that the screen should be available to purchase sometime in 2015. As soon as more information is announced we will keep you updated as always. For more details on Raspberry Pi displays and HATS jump over to our essential guide.