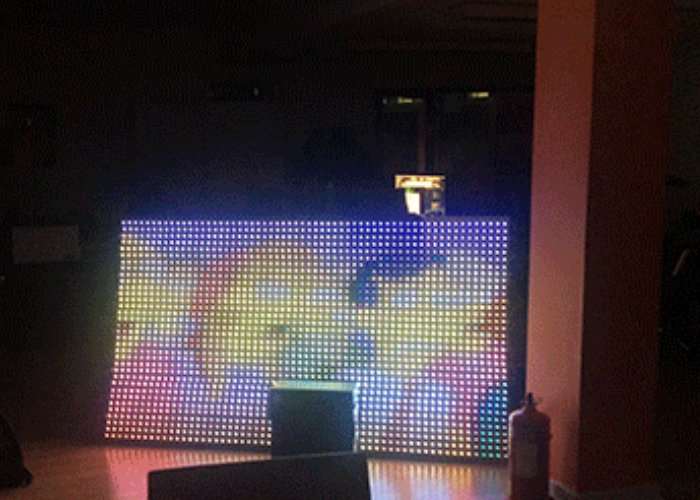 Inspired by the Google Creative Lab’s anypixel.js project, London-based Solid State Group has created a huge LED wall which is powered by a Raspberry Pi and takes pride of place in their office.

Using the open source software and hardware library, anypixel.js provides the ability to create extra large and unusual, interactive displays out of all kinds of components such as arcade buttons, LEDS and balloons.

The project utilises Slack as the interface using in-house built resources to ‘flex the bits of the brain’ enabling the Raspberry Pi powered LED wall to show images, GIFs and video which can be sent to the Pi PC via the Internet.

The in-house created API was built to ‘drawing’ each pixel of the content sent to the wall, and convert them to match the pixels of the display. The team at Solid State Group explain a little more :

The main project behind Rio is an interactive, internet connected LED wall. Rio has been used to power a 2 meter x 1.1 meter LED display made by Solid State Group. rio-server currently runs here on a Raspberry Pi and drives 2040 pixels with a generic REST and WebSocket API. We also use rio-canvas and rio-mobile to enable new ways to interact with it.
We were originally inspired by Google Creative Labs’s anypixel, however felt that we could create a library ourselves that’s a lot easier to build on top of and understand for curious developers who wanted to build something cool.

Jump over to GitHub via the link below to learn more about the project as well as obtain the code to create your very own LED wall.