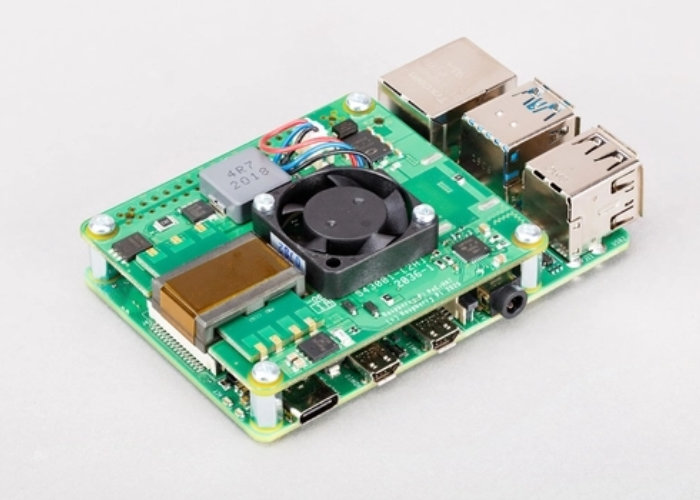 The development team at the Raspberry Pi foundation, responsible for creating the amazing range of Raspberry Pi mini PC, has this week announced the launch of a new next-generation HAT to add PoE+ capability to your Raspberry Pi. The Raspberry Pi PoE+ HAT is now available to purchase priced at around £18 and offers you a new version of the original Raspberry Pi PoE HAT, now with 5V 4A output for the most demanding Raspberry Pi applications.

“It is used to power a Raspberry Pi via an Ethernet cable, provided that power-sourcing equipment is installed on the Ethernet network. The HAT also includes a fan that will cool the Raspberry Pi processor. The cooling fan is temperature-controlled, which starts to spin (at a slow speed initially) at 40 degrees. The fan then speeds up as the temperature increases (around every additional 5 degrees) ensuring cool and quiet operation.”