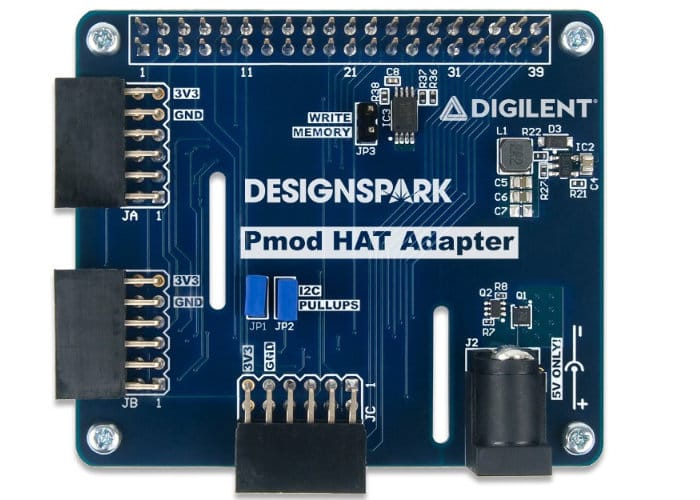 Raspberry Pi uses searching for a quick way to add extra modules to their Raspberry Pi using plug-and-play support and requiring only that the host Raspberry Pi is booted with the Pmod HAT attached. May be interested in a new piece of hardware called the Pmod HAT created by DesignSpark, and now available to purchase priced at £14 directly from RS Components website

For full specifications and purchasing options jump over to the official RS Components website by following the link below. If you enjoy building Pi projects you might be interested in our comprehensive list of Raspberry Pi displays, HATS and small screens.