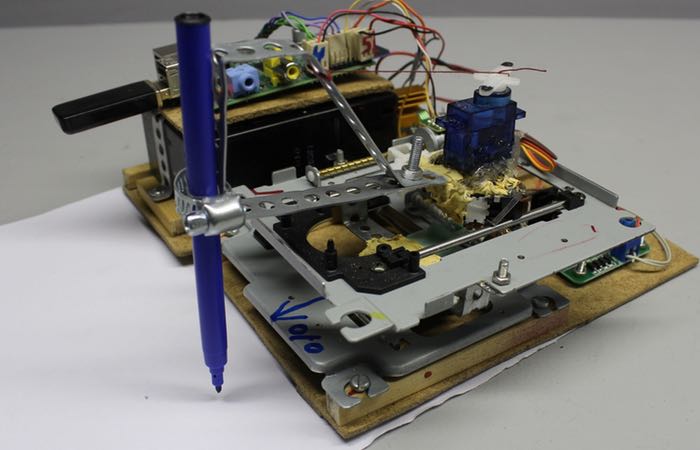 The Raspberry Pi plotter has been constructed using two old optical drives, four H bridges, a servo all powered by a Raspberry Pi mini PC, check out the video below to se it in action.

The plotter can be controlled over a WiFi connection and instructions to create your own have been kindly publish via the homofaciens website. But be aware not every old CD drive is equipped with stepper motors. The Raspberry Pi Foundation site explains :

“HomoFaciens’ website is one of those bits of the internet you’ll find yourself wandering around for ages if you’re even slightly interested in this sort of thing. He’s got some fascinating stuff on there; I heartily recommend giving one of his camera-equipped robots a spin via the web interface they’re hooked up to.

If you decide to make your own plotter, be aware that not all old optical drives have stepper motors – HomoFaciens’ hit rate was about 50% when he started pulling them apart.”

For more information on the new Raspbnerry Pi plotter jump over to the homofaciens website for details.