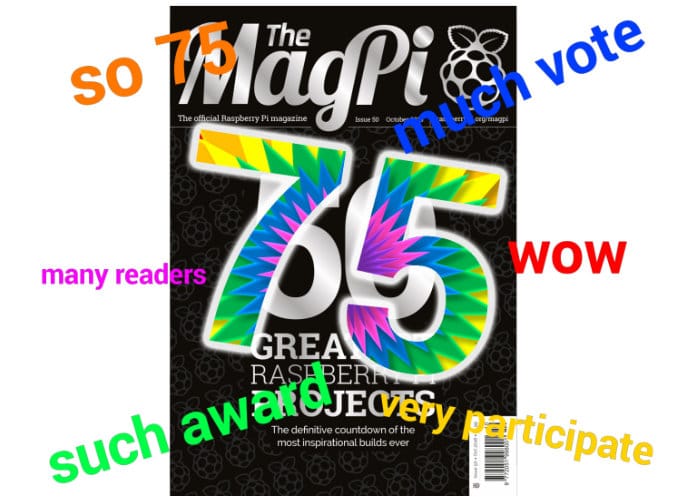 “To celebrate this milestone, we’re doing another countdown of projects. We ranked 50 projects for issue 50 of The MagPi, and this time we’re ranking 75 of the greatest Raspberry Pi projects — and we need your help to do that! You folks in the community never stop amazing us with the things you make, so our list will be full of the outstanding projects you’ve made since we released issue 50 for October 2016! Like last time, you can vote for your favourites, but we’re upping the ante: we want you to choose the top 50 projects from the list of 75 we’ve compiled.”