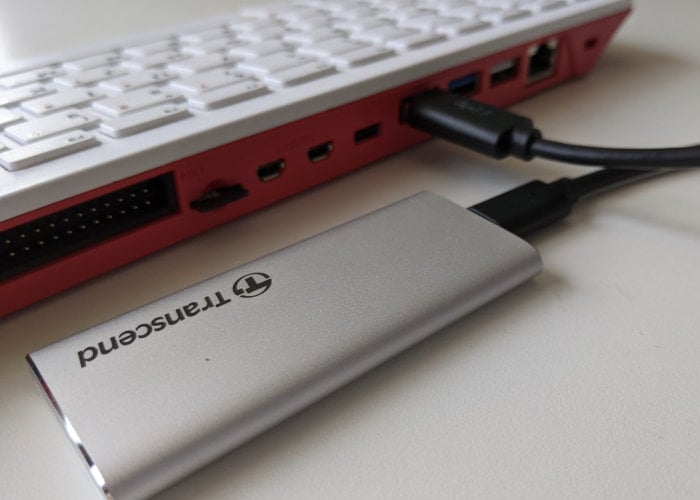 Raspberry Pi 400 users interested in upgrading their mini PC storage and performance with a M.2 SATA SSD drive, may be interested in a new article published to the official Raspberry Pi Magazine website MagPi, offering a great overview of how to set one up. Once connected and configured correctly “a tenfold increase in storage speed, making for faster performance across the board”. Applications load more quickly, and browsing the internet is vastly improved. M.2 SATA is also great for working with large, demanding files such as video, large photo images, and big data files, says Lucy Hattersley from MagPi.

“Thanks to the USB 3.0 ports on the rear of Raspberry Pi 400, and recent default support for USB boot, it turns out to be easy to upgrade a Raspberry Pi 400 in the same manner. All you need to do is source a compatible M.2 SATA drive and M.2 SATA to USB 3.0 enclosure. Put the two together and hook the unit up to Raspberry Pi 400, then copy across the operating system and you’re good to boot. We used a Transcend M.2 SSD 430S and Transcend TSCM42S USB enclosure. The Transcend 430S was 512GB, a mighty upgrade from the 16GB card included with Raspberry Pi 400. However, you don’t need to purchase such a huge drive and the 128GB model will be more than enough for most use cases.”

For full instructions on how to set up your Raspberry Pi M.2 SATA SSD drive jump over to the official MagPi blog by following the link below.