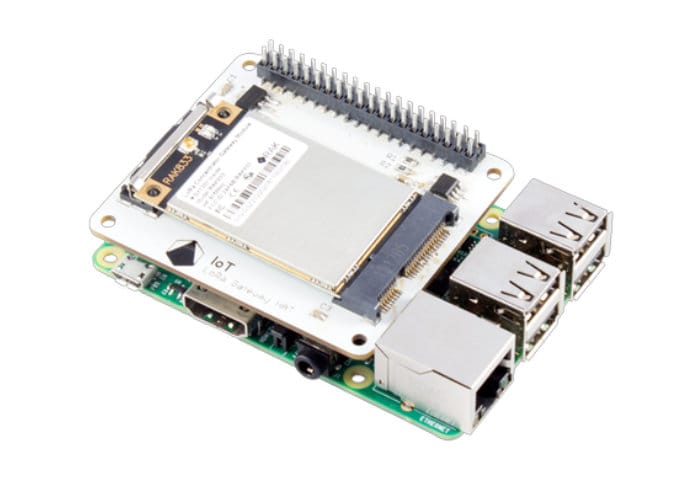 The creative team of developers at Pi Supply has once again taken to Kickstarter to launch their new Raspberry Pi Internet of Things IoT board the LoRa Gateway. Designed to provide an easy way to add LoRa connectivity to your project, by providing a more accessible and hackable add-on for your favourite single board mini PC or microcontroller such as the Raspberry Pi, Arduino or Micro:Bit. Watch the demonstration video below to learn more about the range of three Internet of Things boards developed by Pi Supply and this week launched via Kickstarter with the aim of raising £25,000 to make the jump into production.

For those not familiar with LoRa “its a revolutionary new method of sending small amounts of data over very long distances using long range radio and low power. It’s designed for the Internet of Things (IoT) so it’s perfect for communicating with sensors such as weather monitoring, air quality, smart homes etc.” Features of the Raspberry Pi Internet of Things LoRa HAT include :

For more information and full specifications as well as a complete list of all available pledges jump over to the official Kickstarter crowdfunding campaign page by following the link below.