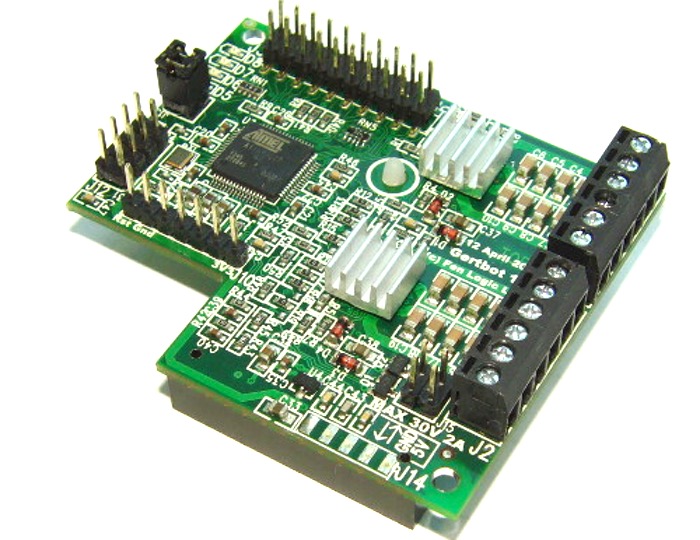 Makers, hobbyists and developers that enjoy using the Raspberry Pi single board mini PC to build projects might be interested in a new motor controller and power management board called the Gertbot, that is capable of operating 30,000 LED lights if desired.

Gertbot has been specifically created from he Raspberry Pi mini PC to provide four channels each capable of driving 30 Volts and 2.5A allowing you to drive either capacitive or inductive loads.

Gertbot also has four H-bridges the boards as well as two open drain N-MOSFETS that can sink 3A at 30Volt, say its creator. Who explains a little more:

“The primary target is driving motors. Stepper motors, brushed motors and other robotics, however it can just as well be used to control other equipment where a lot of electrical power is required. For example one channel can drive 10.000 LEDS.

Use three channels for RGB and combine that with the build-in PWM controller: you have mood lighting for a whole building. Anything which requires between 8 and 30V and up to 10Amp it can drive it! Altough the board plugs on top of a Raspberry-Pi it can also be used standalone and controlled from Windows or any other computer with a serial port.”

For more information on the new Gertbot jump over to the official website for details via the link below. Gertbot comes supplied with all the software you require to get up an running together with full source code for £40 and is available from Farnell and The Pi Hut.