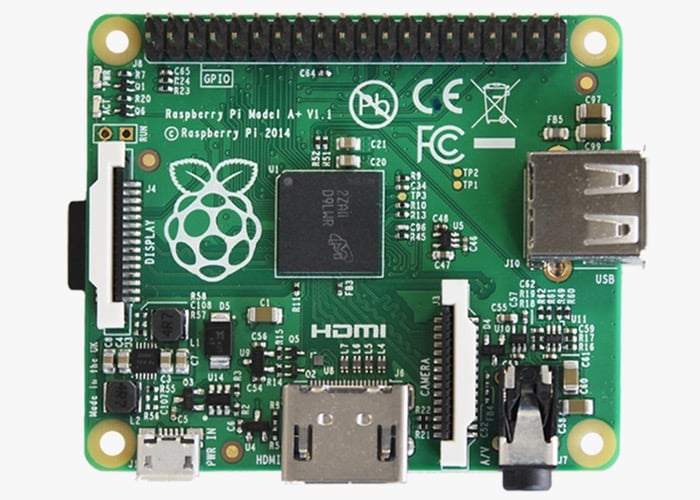 After a couple of retail websites leaked the specifications for the new and unannounced Raspberry Pi  A+ single board mini PC, today the Pi Foundation has officially launched the new Raspberry Pi A+ mini PC.

Watch the videos after the jump to learn more about the The Raspberry Pi A+ mini PC and its specifications which include a Broadcom BCM2835 700MHz ARM1176JZFS processor, microSD card slot, 40 GPIO pins and better audio.

The Pi Foundation explains on their blog this morning:

“When we announced the Model B+ back in July, we said that we’d also be producing a lower-cost variant, analogous to the original Model A. Since then, James has been beavering away, and today we’re pleased to announce the release of the Raspberry Pi Model A+ at a new low price of $20.

Like the Model A, the Model A+ uses the BCM2835 application processor and has 256MB RAM, but it is significantly smaller (65mm in length, versus 86mm for the Model A), consumes less power, and inherits the many improvements that we made to the Model B+”

For more information on the new The Raspberry Pi A+ jump over to the Pi Foundation blog website for details via the link below. For more details on Raspberry Pi displays and HATS jump over to our essential guide.