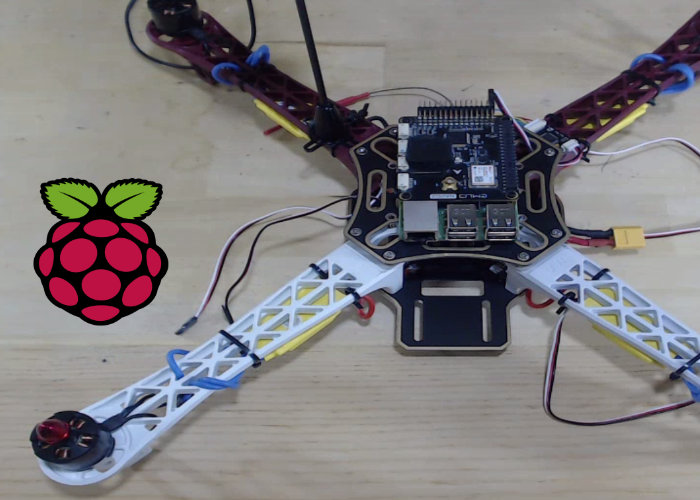 Raspberry Pi enthusiasts interested in building their very own Raspberry Pi mini PC powered drone may be interested in a tutorial published to the Drone Girl website this month. Drone Dojo, an online community that offers a number of practical, how-to online drone classes, posted a video to YouTube showing how to make your own Pixhawk Raspberry Pi drone in 36 minutes. The video is created by Caleb Berquist, the creator of Drone Dojo who is a chemical engineer by background and who builds drones from scratch and studies the open source flight software used to fly DIY drones. The video below provides details on how to:

“If you want even more, Drone Dojo has a full-length, multi-hour online course on “How to Build a Raspberry Pi Drone.” In it, you’ll learn how to design, build, fly and code your own Linux-powered ArduPilot drone. You can go as in-depth or surface-scratching as you want; some might build a flyable drone from scratch, others might learn how to select parts to design your own drone, and even some others can use the course to learn about software that would allow you to script automatic drone missions (you know, for that ‘taco delivery’ company idea).”

For more details jump over to the Drone Girl website by following the link below.