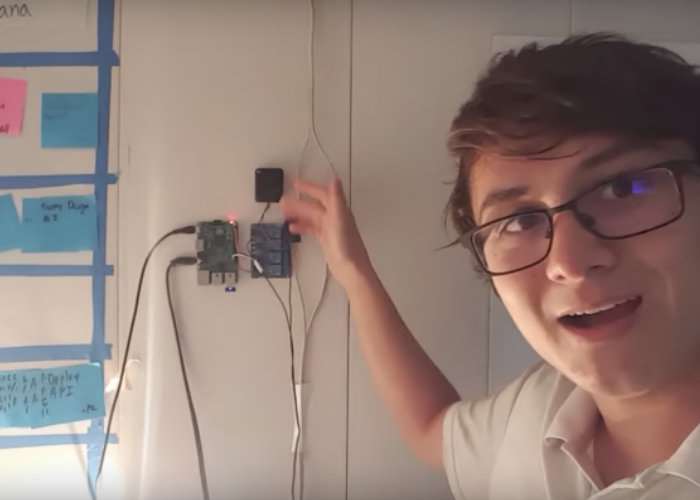 Check out the video below to learn more about the Subscriber Robot and what exactly has triggered when you press that red YouTube subscription button.

Software developer and student Michael Reeves started his YouTube account a mere four months ago, with the premiere of his robot that shines lasers into your eyes – now he has 110k+ subscribers. At only 19, Michael co-owns and manages a company together with friends, and is set on his career path in software and computing. So when he is not making videos, he works a nine-to-five job “to pay for college and, y’know, live”.