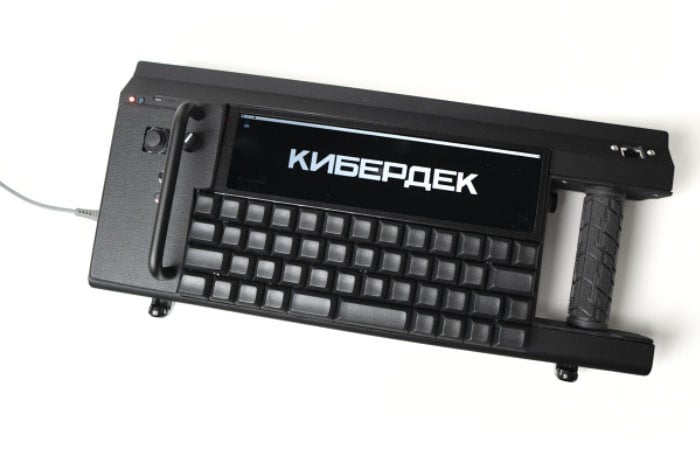 A fantastic Raspberry Pi cyberdeck has been created by YouTuber RA in the form of the Кибердек RA01, a custom-made wearable computer inspired by classic cyberpunk science-fiction. The casing has been made from an old C64C which cost the maker just to iced frappuccinos to purchase. “One of my main goals was to make this build practical, yet aesthetically pleasant. In wearable builds like this figuring out straps is usually difficult. I didn’t want to bolt a car seatbelt to the case, or attach a guitar loop, or compromise the looks in any other similar fashion. But I did want to have a techwear Cyberdeck, with an adjustable strap.”

The display used for the cyberdeck project is a USB-powered Mini HDMI Ultrawide IPS panel with metal enclosure. 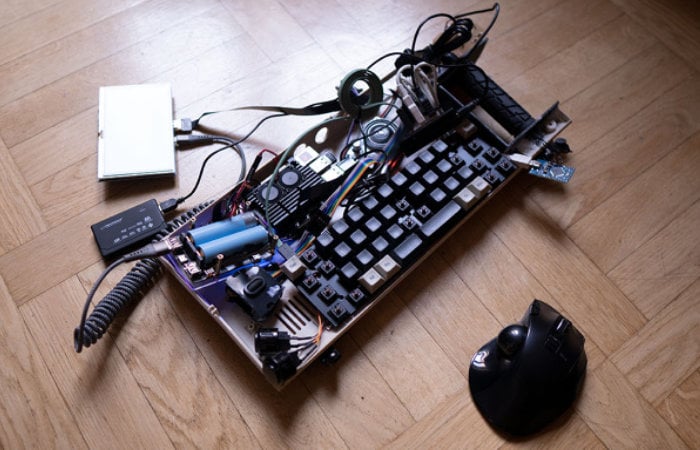 “Cyberdecks are fictional devices, common for the cyberpunk genre. It seems to me that the source of inspiration for the original concept were 8-bit home computers, and keytars. Many of the cassette-based home computers shared their signature form-factor, meant to be plugged into a separate display. In science fiction however, computers were pictured as consoles—decks—giving the user access to cyberspace. Deckers, wearing their gear around city streets, became a common concept, especially in games. “

To learn more about the awesome Raspberry Pi cyberdeck project jump over to the Opacity website by following the link below for more details on the complete build with plenty of photos detailing each phase of the designand build process.