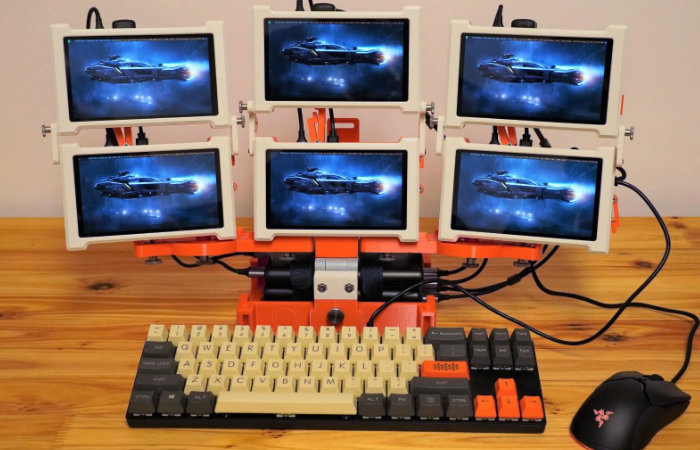 If you are looking for inspiration for your next cyberdeck build I highly recommend checking out the build by Redditor Holistech which features up to 6 screens and can be collapsed down into a portable unit allowing it to be easily transported from one location to the next. The latest six screen cyberdeck builds on the design of the first four screen running Linux Mint on a dual Raspberry Pi setup, pictured below. The six screen Raspberry Pi cyberdeck is powered by three Raspberry Pi mini PC units. 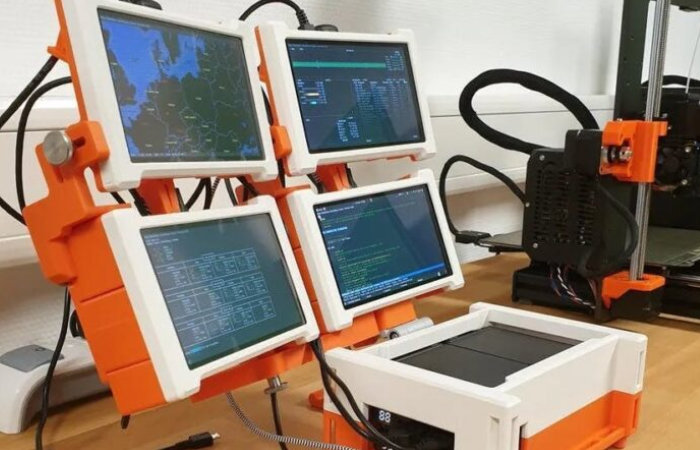 “This is the final design of the six full HD screen Cyberdeck. To improve the usability, i decided that the six screen assembly can be detached from the base and rotated by 180°. This makes the deck much more usable for production, since you need to sit quite near the screens to make use of the full HD resolution. On the back of the assembly you can see the active fan cooling openings and the mini control display that shows the cpu temperature and the fan speed.” 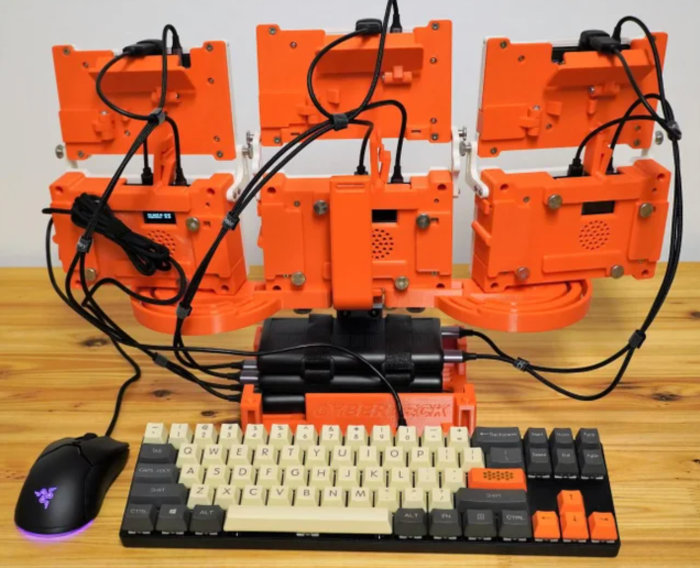 The deck needs more configuration, so that the barrier kvm starts automatically on all raspberry pi’s when the window manager is ready. This deck is designed as a terminal workstation, hence its using the i3 tiling window manager and a usable terminal color scheme. I am playing with gruvbox and dark solaris color scheme for the terminals, to have the best visual presentation of applications like w3m, lynx, sc-im, vim, calcurse, mdp, bpytop, htop, tuir and many others. The three pi’s are connected to each other via barrier software kvm. So you can use a single mouse and keyboard to work on all three systems. Additionally ssh keys are exchanged between the pi’s, so you can start remote applications.”