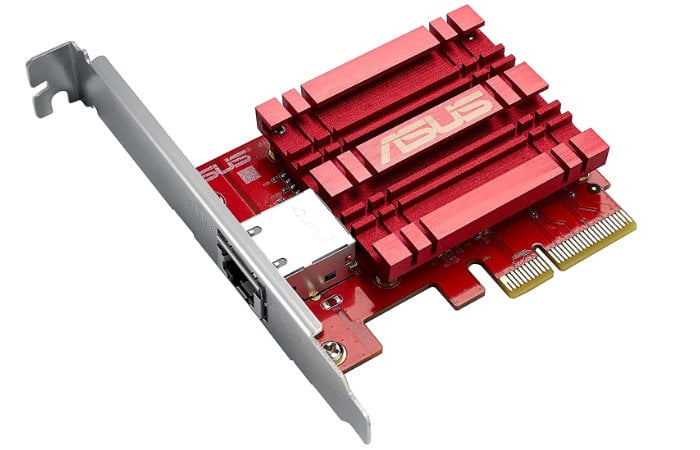 Raspberry Pi enthusiasts interested in obtaining the highest possible connections through their network may be interested in a new video created by Jeff Geerling showing how he tested and installed a Raspberry Pi Compute Module 4 with a 10 Gigabit Ethernet card. Geerling used a ASUS XG-C100C 10G Network Adapter Pci-E X4 Card with Single RJ-45 Port which are available to purchase priced at around $120.

Features of the 10 Gigabit Ethernet card used in the Raspberry Pi project include, Hyper-fast 10Gbps networking delivers up to 10X-faster data-transfer speeds for bandwidth-demanding tasks, full compatibility with current network standards, including 10/5/2.5/1Gbps and 100Mbps, for seamless backward compatibility. The single RJ45 port easily upgrades your desktop to 10Gbps networking using standard copper network cables and the card allows you to prioritize your data thanks to the integrated Quality-of-Service (QoS) technology. If you are interested in adding a 10 Gigabit Ethernet card to your main system the ASUS XG-C100C 10G supports Microsoft Windows and Linux operating systems supporting : Windows 10, 8.1, 8 and 7 as well as Linux Kernel 4.4, 4.2, 3.6 and 3.2