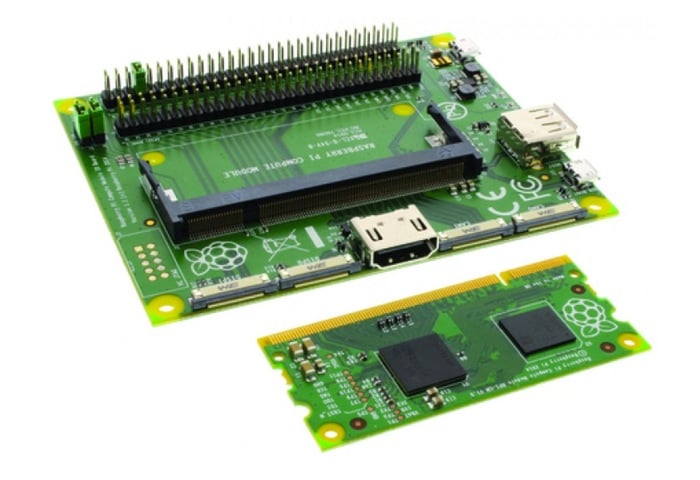 Raspberry Pi developers patiently waiting for the launch of the new Raspberry Pi Compute Module Development Kit, will be pleased to learn that it is now available to purchase for around $200.

To recap the Raspberry Pi Compute Module is equipped with a 700 MHz Broadcom BCM2835 ARM11 processor supported by 512MB of RAM and includes 4GB of flash storage capable of holding your desired operating system. 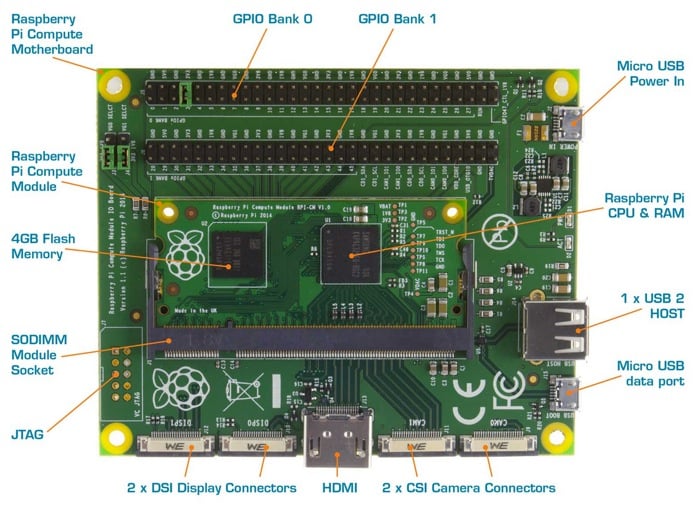 The new Raspberry Pi Compute Module was first unveiled back in April of this year and looks more like a RAM module than a single board mini PC and has been designed specifically for embedded applications.

The new Raspberry Pi Compute Module Development Kit Come supplied with a IO board with GPIO as well as both USB, HDMI connections  a power supply, camera adapter and other useful connectivity.

“The Compute Module IO Board is a simple, open-source breakout board that you can plug a Compute Module into. It provides the necessary power to the module, and gives you the ability to program the module’s Flash memory, access the processor interfaces in a slightly more friendly fashion (pin headers and flexi connectors, much like the Pi) and provides the necessary HDMI and USB connectors so that you have an entire system that can boot Raspbian (or the OS of your choice).

The Raspberry Pi Compute Module board provides both a starting template for those who want to design with the Compute Module, and a quick way to start experimenting with the hardware and building and testing a system before going to the expense of fabricating a custom board.”

For more information on the new Raspberry Pi Compute Module jump over to the Raspberry Pi Foundation website for details, full specifications and suppliers.