A new Raspberry Pi chipKIT Pi expansion board has been unveiled this week that offers the very first prototyping-friendly 32-bit MCU package for the Raspberry Pi mini PC.

The Raspberry Pi chipKIT Pi expansion board has been developed by Element 14 and Microchip Technology and has been design dot provide developers with a way to create, compile, and program Arduino sketch-based chipKIT applications within the Raspberry Pi operating system. Watch the video after the jump to see it in action. 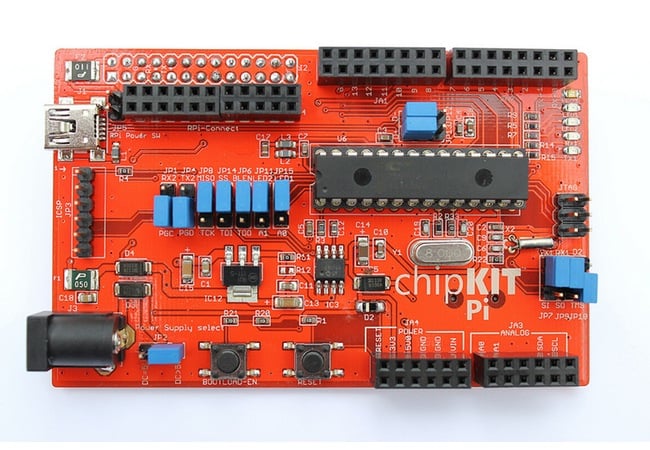 The new chipKIT Pi MPIDE is open source while being compatible with the Arduino programming language and development environment and is claimed to be the very first offering the development of 3.3V Arduino compatible applications using a 32-bit high-performance MCU in a prototyping friendly package.

The chipKIT Pi 32-bit PIC32 MCU is in an SPDIP package, so even non-experienced users can easily swap out the pre-populated PIC32 with a new one, without having to replace the entire board. Derek Carlson, Microchip’s vice president of Development Tools explains more.

Element14’s chipKIT Pi Expansion Board reference # chipKIT Pi is priced at $28, and the new chipKIT Pi boards are expected to start shipping in the final week of September but can be pre-order today from here.