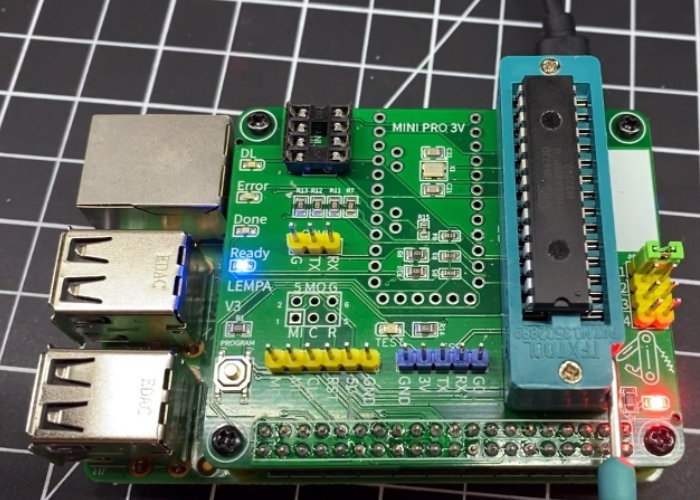 Raspberry Pi enthusiasts may be interested in a new project called LEMPA or the LEan Mean Programming mAchine, created by developer Roey Benamotz. A custom PCB that contains all the relevant connections required to program a ATMega328 (including external oscillator), ATTiny, ESP8266, Arduino mini pro or any other ATMega controller via connector.

The LEMPA is an add-on board for the Raspberry Pi that includes all the sockets, jumpers, and indicator LEDs you need to successfully flash a whole suite of popular MCUs. Benamotz has also written a Python tool that handles all the nuances of getting the firmware written out. Check out the video below to learn more.

“LEMPA is a combination of software and hardware to allow easy..ish programming of micro controllers such as Arduino (ATMega), ESP, and others directly from the PI with as little wire mess as possible.”