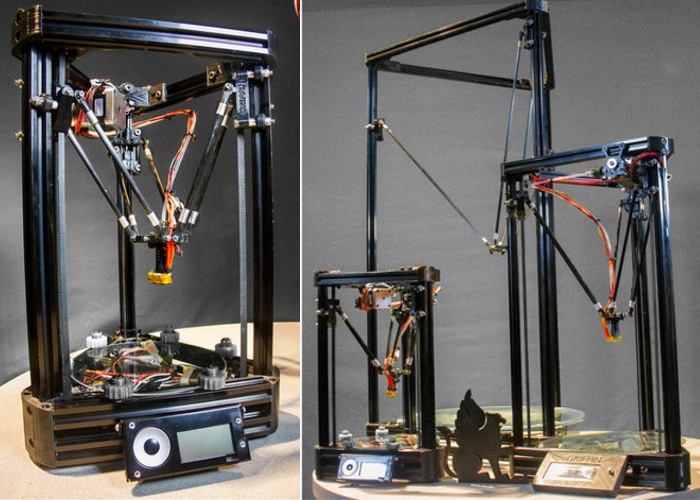 All three Griffin 3D Delta 3D Printers have been specifically designed to be easy to use at an affordable price, as well as have the ability to be scaled up if required. The main difference between the three 3D printers is their build volumes.

Features of the new range of 3D printers include the ability to print at speed of up to 300mm/s with aprint resolution of 20 microns using a nozzle diameter of 0.4mm. The Griffin Pro Series 3D printers are currently over on the Kickstarter crowd funding website looking to raise $30,000 in pledges to make the jump from concept to production.