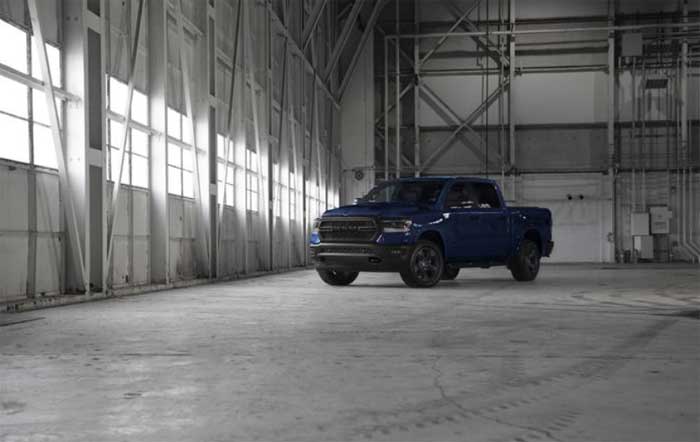 Ram trucks has announced the second phase of the Built to Serve trucks inspired by the United States Armed Forces. The limited-edition vehicles in the second installment will be limited to 2000 units. 1000 of them will be in ceramic gray, and another 1000 will be in patriot blue. Nautical-inspired interior features include Light Ambassador Blue interior accents and standard content that encourages customization.

The truck will be available in the showroom starting this month. Ram says that a new Built to Serve Addition model representing another of America’s land, air, or sea-based military branches will launch every three months. The low-volume paint options will be exclusive to the program.

The Built to Serve Edition ram trucks will be offered in the following colors and numbers:

The vehicles will also feature a United States flag and Bills to Serve decal on each of the rear quarter panels. They also feature 20-inch aluminum wheels with Technical Gray finish and body-colored wheel flares. The trucks are also loaded with 4×4 off-road group content.