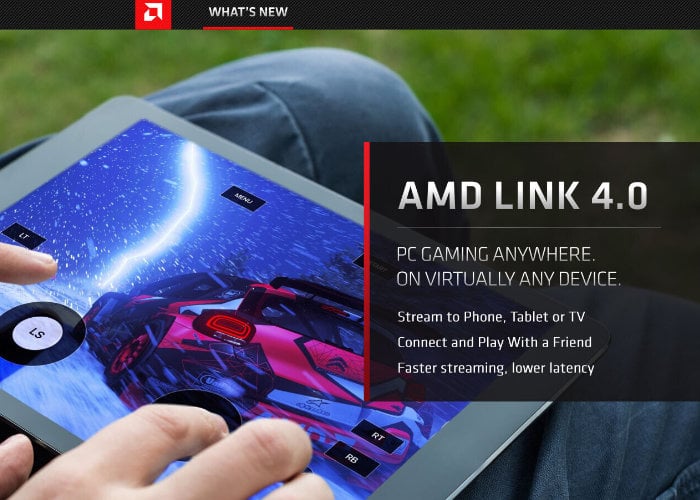 AMD has this week released its new Radeon Software Adrenalin 21.4.1 WHQL software bringing with it a wealth of new features and major updates to the software designed to be used with your AMD Radeon graphics cards and includes the highly anticipated AMD Link remote-gaming feature. AMD has also included new features for overclockers and enthusiasts, by improving the Performance Metrics tab which now lists CPU performance if an AMD Ryzen processor is installed. The Tech Powered Up website explains a little more about what you can expect from the Radeon Software Adrenalin 21.4.1 WHQL software and goes into more detail via the link below.

“Perhaps the most talked about feature addition with Radeon Software 21.4.1, has to be the AMD Link remote-gaming feature. Until now, AMD Link was a mobile app that let you control your drivers. It’s grown in functionality over the years to include game streaming. Your game, as rendered on your PC, is streamed to your portable devices such as smartphones, tablets, and smart TVs; and now AMD has also introduced a Windows app that lets you share your gameplay with anyone with the app, across the Internet.”

“There’s a lot for game streaming, too. Recording and Streaming has now been consolidated into a single tab in Radeon Software, with an easy-to-use wizard that helps beginners get started with streaming across popular streaming platforms. There are numerous improvements to the Scene Editor. Those with multiple displays can now specify which display head to stream, or even stream multiple heads separately.”