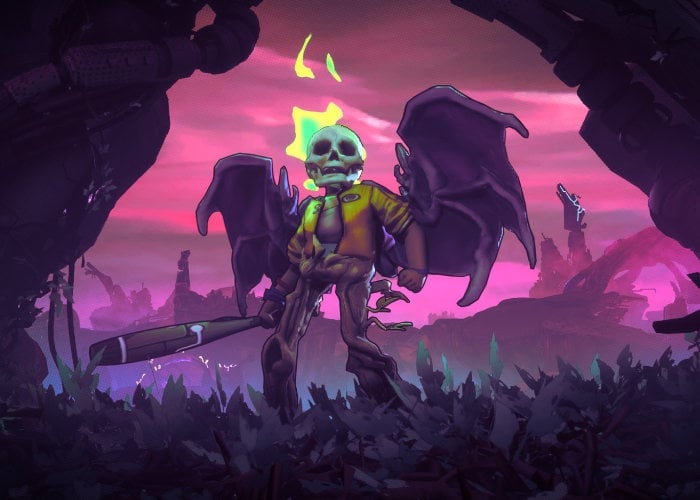 Games development company Double Fine and publisher Bandai Namco has confirmed today that their new post-apocalyptic adventure RAD will be launching on the Nintendo Switch, Xbox One, PlayStation 4 and PC systems in a couple of months time and will be available to play from August 20th, 2019 onwards. RAD is a 3D action rogue-like set in a post-post-apocalyptic world, where humanity has faced armageddon not once, but twice.

Check out the announcement trailer below to learn more about what you can expect from the latest adventure game from Double Fine. “Playing as a teenage protagonist, you must venture into the Fallow — an ever-changing, radioactive wasteland filled with unknown and unspeakable creatures. It is here that you will find the solution to heal the world, and transform the cracked, barren landscape into a lush source of new life.”

“But humanity’s future comes at great personal cost, as the deeper you journey into unknown lands, the more you will expose yourself to gnarly toxins which will wreak havoc on your fragile human form. The fate of the world depends on you, your trusty bat, and whatever strange new abilities you gain as the world around you ravages your body — twisting and mutating you into something far less than human, but far more powerful.”

Jump over to the official RAD website for further details, screenshots, trailers and more.