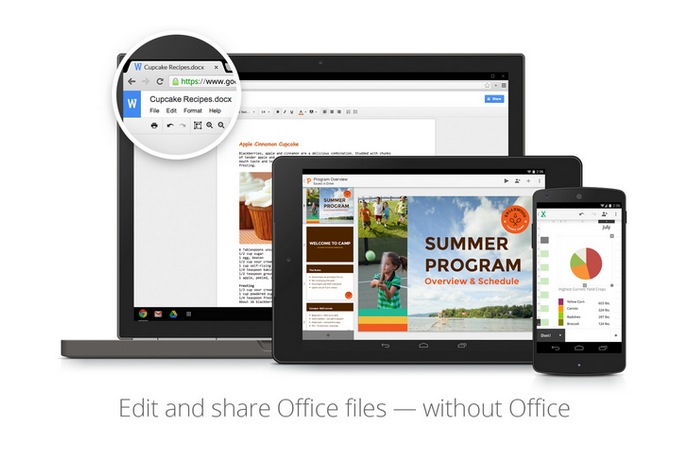 As you might have expected Google has announced that they will be removing the ability to purchase and download the popular Quickoffice application after it has been fully integrated into their newly updated Google Office : Docs, Sheets and Slides applications.

Last week during their Google I/O Developer conference Google announced the new updates that would be rolling out to its Google Office suite of applications.

“People just want to edit documents.”-“They shouldn’t have to be rocket scientists to figure this out.”-“You just think document, use Docs. You think spreadsheet, use Sheets,”-“When people use one application, they have one use case in mind.”

The new Google Office updates will make it much easier for users of Google Docs, Sheets and Slides, all of which can now be used with Microsoft Office documents without the need for any conversion.

Google explains that the popular Quickoffice app will be removed from Google Play and the App Store over the coming weeks. However Google will still allow existing users to use it, but nothing new will be added to the QuickOffice app and new users will not be able to install it on devices.