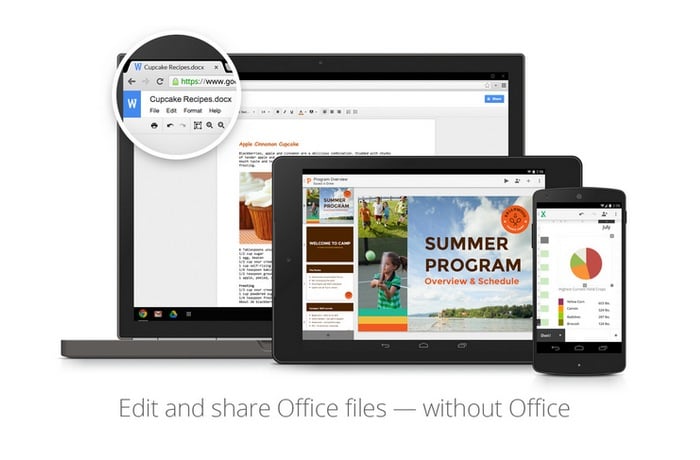 During the Google I/O developer conference this week it has been announced by Google they have made some major changes to its Google Office mobile and web applications and have now integrated QuickOffice features directly into their Google Office suite.

Unveiling the integration of the recently purchased QuickOffice app into the Google Office fold, enabling Google users to now natively open Microsoft Word, Excel, and Powerpoint files without the need for any conversion beforehand.

Until now users wishing to open Microsoft documents would have needed to use the QuickOffice app prior to being able to open them in Google’s Doc or Sheet applications.

The new changes which have been announced today to the Google Office suite of applications now make it much easier for users via three core applications, Google Docs, Sheets and Slides. All of which can now be used with Microsoft Office documents without the need for any conversion.

Google’s Office suite might not be as comprehensive or as complex as Microsoft’s Office when it comes to features, but Google are striving to create a more simplified suite of applications for users to provide just what is required. Ryan Tabone, director of product management, Google Docs, Sheets, Slides & Quickoffice explains:

“At the end of the day, people just want to edit documents.”-“They shouldn’t have to be rocket scientists to figure this out.”-“You just think document, use Docs. You think spreadsheet, use Sheets,”-“When people use one application, they have one use case in mind.”