Matrix Audio has announced a new portable Bluetooth speaker that is impressively small. The speaker is called the Qube 2. It is sized to slip into a pocket and has a strap for carrying on your wrist as well. The speaker has an aluminum enclosure and integrated tech to make the bass deeper. 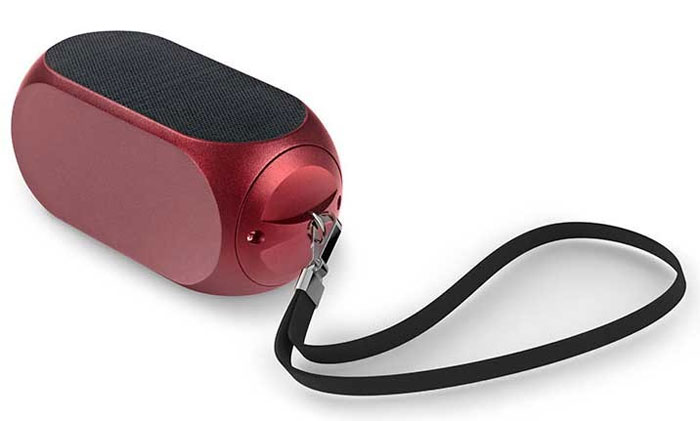 The bass deepening tech is called passive vibrating bass technology. The portable speaker has an internal battery good for up to eight hours of playback per charge. The speaker is also very light weighing in at 185 grams despite having a battery large enough to run for eight hours per charge.

Inside the little aluminum enclosure are a pair of 3 watt speakers to deliver stereo sound. Matrix says those two speakers make the Qube 2 the world’s smallest stereo speaker. The device has a Bluetooth range of up to 30 feet and a carry pouch is included. The speaker measures 80mm x 38mm x 38mm. The Qube 2 is available in red, black, silver, blue, and purple colros. All colors are available now for $79.99 each.